Samuel Bronfman House, on the corner of Côte-des-Neiges and what is now Docteur-Penfield Avenue, opened in May 1970 as the national headquarters of the Canadian Jewish Congress (CJC) that had been established in 1919. 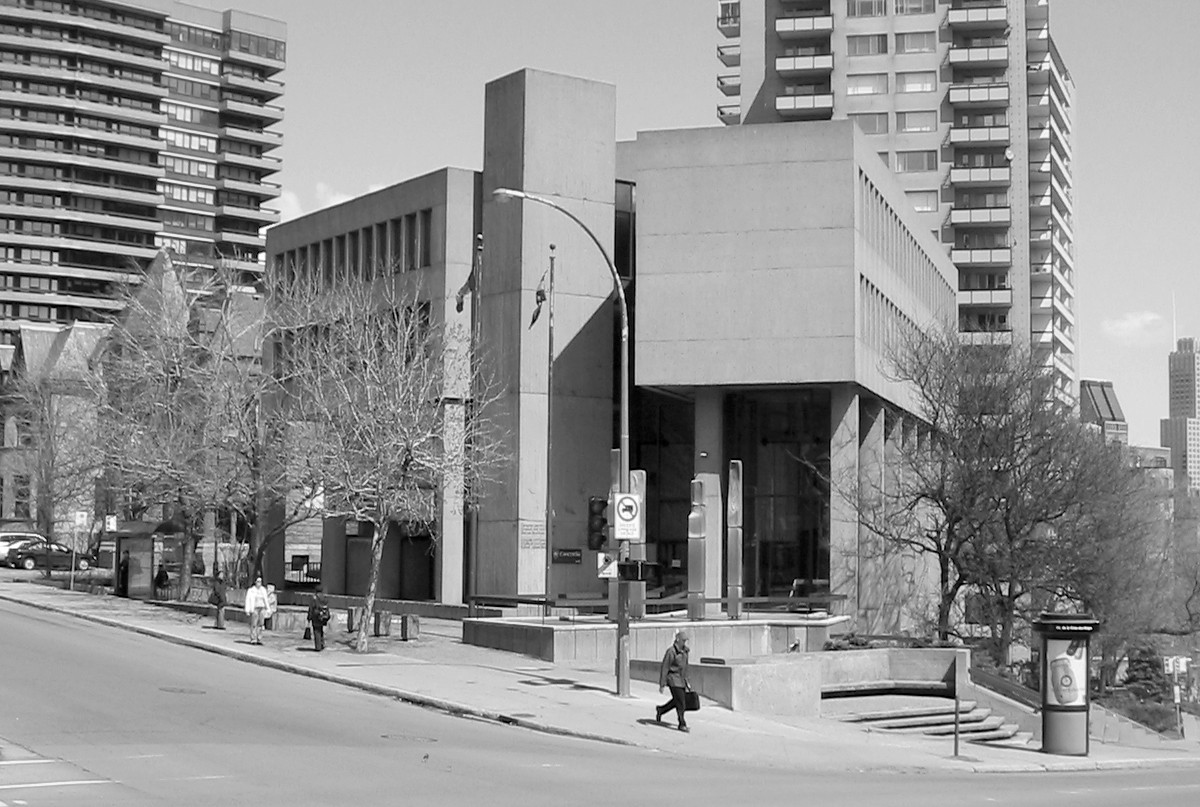 It also housed the CJC Quebec region offices and the CJC National Archives. The Congress turned the building over to Concordia in 1999 when the national office moved to Ottawa, and the regional offices relocated. The CJC national archives remain in the building, now joined by several Concordia academic units. The building was named for Samuel Bronfman (1891-1971), Jewish community leader, long-time President of the CJC (1939-62), creator of the Seagram’s empire, and generous philanthropist. The distinctive triangular structure was designed by Fred Lebensold, designer of Ottawa’s National Arts Centre, the addition to the Montreal Museum of Fine Arts Maxwell building, and the Queen Elizabeth Theatre in Vancouver. The group of four cast-fiberglass sculptures outside the main entrance, Totems by Canadian artist Walter Redinger, was installed in 1972. Other art works include a floor-to-ceiling stained-glass panel, Memorial by Marcelle Ferron (1970), commemorating the six million Jewish victims of the Holocaust, and a large banner in the main hall, Twelve Tribes of Israel by Montreal artist Norman Laliberté.