Chair of the Board, Chancellor and Deputy Chancellor

Helen Antoniou, Chair of the Board

Current Chair of the Board 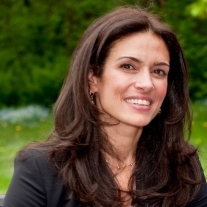 Helen Antoniou is an executive coach for corporate leaders and their teams, as well as family business owners and their successors.  She is the author of the Globe and Mail bestseller, Back to Beer... and Hockey:  The Story of Eric Molson, a business biography of her father-in-law and past chairman of Molson Coors Beverage Company.  Helen also lectures at institutions such as the MIT Sloan of Management and the ICD-Rotman Directors Education Program.

Starting as a corporate commercial lawyer 30 years ago, Helen transitioned to management consulting and later assumed leadership roles within organizations such as Bombardier and the McGill University Health Center.  She now uses her experience to help coaching clients maximize their impact and reach their goals.

Helen holds Civil and Common Law degrees from McGill University, a Masters in Law from Université de Paris II, and a Masters in Public Health from Harvard University.  Her community involvement focuses on health education.

On May 20, 2020, the Board of Governors reappointed Jonathan Wener, C.M. as Chancellor of Concordia University, for a two-year term beginning on January 1, 2021. Prior to his appointment as Chancellor, Mr. Wener served as Deputy Chancellor. 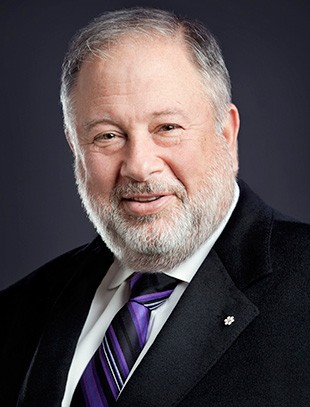 Mr. Wener is Chairman and CEO of Canderel. A native Montrealer who graduated from Concordia University in 1971 with a Bachelor of Commerce degree, Mr. Wener turned his passion for buildings and architecture into 40 years of acquiring, developing and managing office and industrial properties, residential condominiums and retail facilities.

Committed to community involvement, Mr. Wener launched Défi Corporatif Canderel in 1989, which has since raised more than $7 million for cancer research. As a personal expression of his belief in community service, for over 25 years Mr. Wener has played a leadership role in numerous organizations devoted to education, culture and health. He is also a director of several corporations.

The Deputy Chancellor has all the powers of the Chancellor in his/her absence or inability to act.

The Board of Governors usually meets monthly from September to June, although the Chair of the Board may decide to dispense with a meeting in any given month. It conducts its business through its standing committees that bring recommendations to the Board.

The Governor's Handbook is designed as a tool for members of the Board of Governors.  It regroups useful information in understanding their duties as Governors and in fulfilling their mandate. The Handbook is updated as required.

The Annual Report provides members of the Concordia community with information respecting the Board of Governors' role and operations for a given year.

Concordia University awards honorary degrees at Convocation to individuals who have made a substantial contribution to society or have achieved extraordinary distinction in their fields or careers.