On October 28, 2022 Concordia released an official apology for its mishandling of race-based student complaints and subsequent outcomes of the 1969 Sir George Williams student protest. 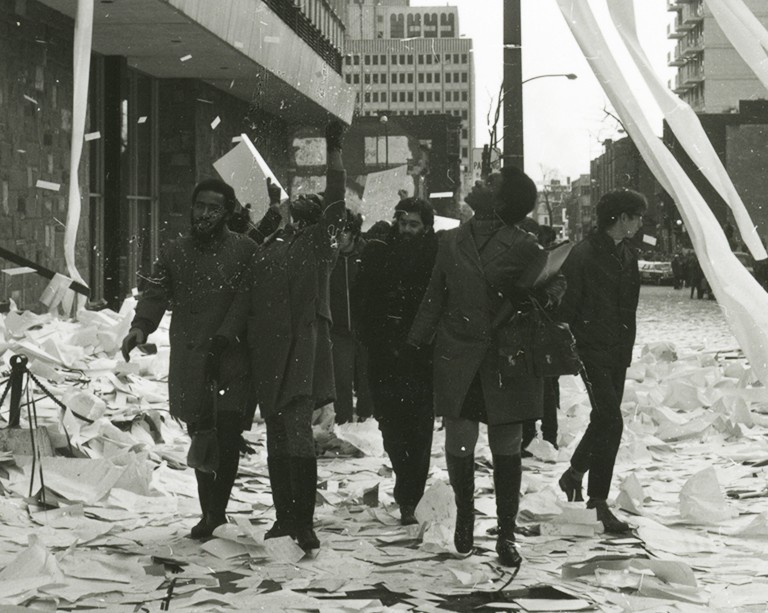 In the Spring of 1968, six black West Indian students at Sir George Williams University accused a biology professor of racism. The complaint was lodged to the Dean of students, Magnus Flynn. Dissatisfied with how the administration was handling their complaint, the students decided to make it a public issue in the Fall of 1968. They wanted to establish a Hearing Committee - with representatives from the students, the administration and the professor - to investigate the charges.

The university agreed to establish a Hearing Committee, but problems arose with the nominations to the committee. The complainants then organized sit-ins and distributed leaflets informing the public about their protest.

The Hearing Committee was established although the students did not approve the representatives. On January 29, 1969, all of the complainants as well as about 200 other students walked out of the hearings in protest and occupied the Computer Centre on the ninth floor of the Hall Building. Nine days later, the occupation spread to the faculty lounge on the seventh floor.

Less than a hundred students were left in the building later that night, when the whole negotiated agreement crumbled at the last minute. The remaining protestors barricaded the stairwells on the seventh floor and shut off the elevators and telephones. They indicated they would destroy computers if police were called in. At that point the university had already turned the matter over to the police.

By the time the riot squad and the police from Station 10 were called in on February 11, computer equipment and university property had been damaged and a fire had broken out in the computer centre. Damages totalled approximately $2 million. Ninety-seven people were arrested, 69 of whom were Sir George Williams University students and 55 of whom were white. In addition, 12 minors were charged in juvenile court.

The events that led to what is now known as the Computer Centre Incident forced University administrators to re-evaluate internal procedures. Student representation on university decision-making bodies was firmly established and university procedures and policies were revamped. In April 1971 Sir George Williams adopted University Regulations on Rights and Responsibilities, and the Ombuds Office was established. By December 1977, Concordia University approved a university-wide Code of Conduct and new terms of reference for the Ombuds Office.

On October 28, 2022 Concordia released an official apology for its mishandling of race-based student complaints and subsequent outcomes of the 1969 Sir George Williams student protest.