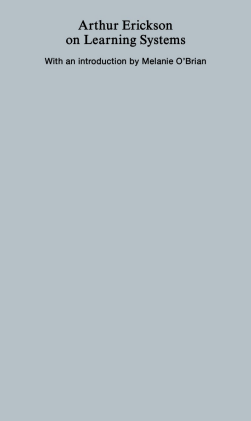 Whether he was designing buildings and spaces for universities, museums, performing arts venues, or libraries, Arthur Erickson was preoccupied with intersections – of people, of cultures, and of ideas. Published by Concordia University Press and the Canadian Centre for Architecture, Arthur Erickson on Learning Systems collects writings by an architect advocating for interdisciplinary approaches to education and the methods for sharing knowledge. In essays on one of his mid-1960s masterpieces, the Simon Fraser University campus, Erickson explains how he intended to avoid compartmentalization between academic disciplines by thinking of a campus as akin to a “biological system” capable of adaptation. He outlines how his design placed a spine through the campus to circulate people – and communication between them – while making space for additional buildings as they became needed. These writings also show Erickson reflecting on whether his original vision was maintained by future development on the site and considering how university education changed in the decades that followed.

An introduction by Melanie O’Brian nuances Erickson’s big-picture thinking. She draws parallels between curatorial practices and his approach to learning spaces, and she discusses the experiences of campus users following university expansion and increased specialization among academic disciplines.

“We are fortunate that Arthur Erickson was gifted as a writer as well as an architect. In elucidating his design approach, Erickson evokes the history, philosophy, and humanity that contextualize all architecture in general and his own in particular. Whether describing an Egyptian mosque or a biological system, he invites us with great eloquence to join his exploration.”
-Adele Weder, architectural writer, curator, and author of The Copp House

The e-book version of this title will be published in fall 2021.

Arthur Erickson (1924–2009) was one of Canada’s most important and influential architects. His major works include Simon Fraser University in Burnaby, BC; Vancouver’s Robson Square; the Canadian Chancery in Washington, DC; Napp Laboratories in Cambridge, UK; and Toronto’s Roy Thomson Hall. Erickson received numerous professional honours during his career, including the Governor General’s Award for Architecture, the American Institute of Architects Gold Medal, and an Honorary Fellowship of the Royal Institute of British Architects. He was created a Companion of the Order of Canada in 1981.

Melanie O’Brian is a curator of contemporary art based in Vancouver. She was director and curator of Simon Fraser University Art Galleries from 2012 to 2020.