Dr.Amy Poteete's research explores the politics surrounding natural resources,decentralization-centralization, development, and elections in Africa. Another strand of writing concerns methodological issues. She is the coauthor, with Marco A. Janssen and Elinor Ostrom, of Working Together: Collective Action, the Commons, and Multiple Methods in Practice(Princeton University Press), which has been translated into Chinese, Spanish,and Portuguese. She received the Dudley Seers Memorial Prize for best article in volume 45 of the Journal of Development Studies for her article, “Is Development Path Dependent or Political?A Reinterpretation of Mineral-Dependent Development in Botswana” (April 2009). Other publications include chapters in edited volumes and articles in a variety of journals, including African Affairs, Development and Change, Electoral Studies, the Journal of Development Studies, the Journal of Modern African Studies, and World Development. Her early work analyzed the role of national bureaucracies in natural resource policy implementation. Dr. Poteete’s current research has two main themes. One investigates whether and how spatial and temporal variation in electoral competition influences state interventions that affect natural resource management - and the quality of democracy more generally – in Botswana and Senegal. Another considers the implications of changes in global markets for diamonds and domestic political dynamics for long-term socio-economic development in Botswana. She also has a longstanding interest in the study of distributional issues and the potential for political empowerment through collective action, participatory policy processes, and decentralization. 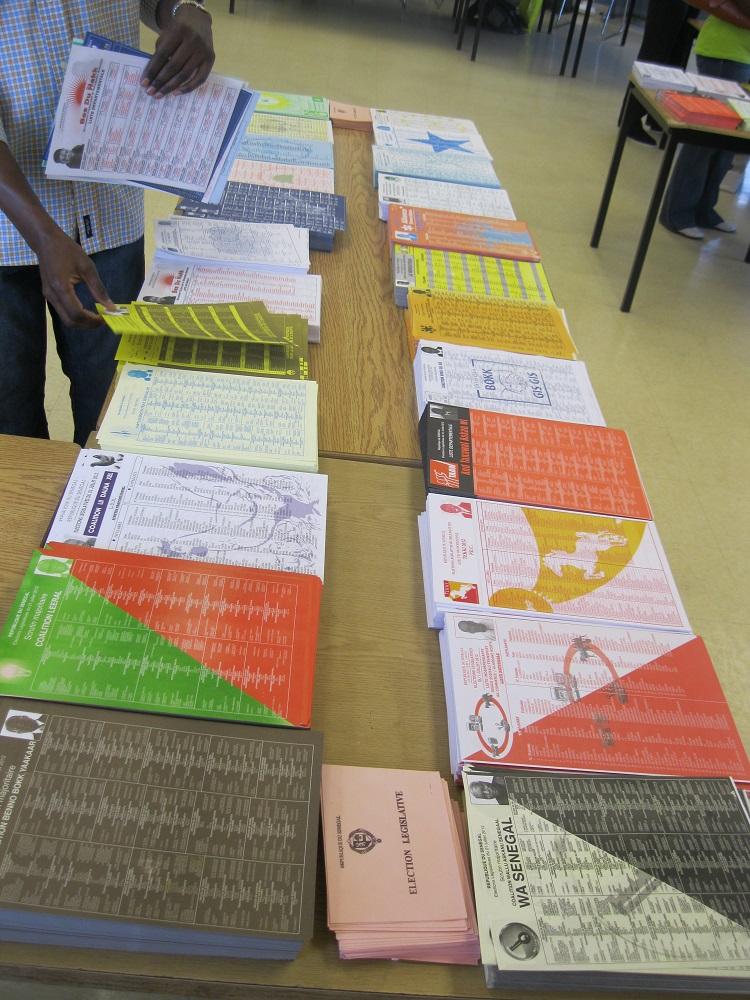 Absentee voting for Senegalese legislative elections of 2012 in Montreal
Photo credit: A. Poteete

Poteete, Amy R.  2013. “The Absence of Inter-Group Violence in Botswana: An Assessment of the Role of Development Strategies,” pp. 183 – 219 in William Ascher and Natalia Mirovitskaya, eds., Economic Roots of Conflict and Cooperation in Africa. Palgrave Macmillan.