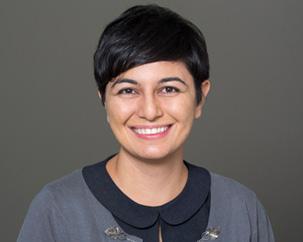 Zeynep Arsel received her PhD in Marketing from University of Wisconsin-Madison with minors in Sociology and Cultural Anthropology. She also holds a MBA degree from Middle East Technical University and a BSc in Management from Bilkent University. Zeynep’s work broadly explores sociology of consumption.

Former and current students: If you would like to ask for a letter of recommendation, I strongly suggest you to check this website before sending me a request.

Martineau, Eric and Zeynep Arsel (2017) “Managing Communities of Co-Creation around Consumer Engagement Styles,” Journal of the Association for Consumer Research

Pomiès Anissa and Zeynep Arsel (2018), “Retracing the History of the Concept of Taste,” in Taste Consumption and Markets: An Interdisciplinary Volume eds. Zeynep Arsel and Jonathan Bean, New York, Routledge.

Aboelenien, Aya and Zeynep Arsel (forthcoming), " My Vegan Journey: How My New Morality Shaped My Relationship with my Family, Friends and the Market,” Association for Consumer Research Conference, Atlanta, Oct 2019

Arsel, Zeynep and Craig J. Thompson (2008) “I Might Consume Like a Hipster, but I am not a Hipster: Myth Markets and Consumer Reflexivity,” Consumer Culture Theory Conference, June 2008, Suffolk University, Boston, MA, USA.

Anthropology of Markets and Consumption Conference, University of California at Irvine, March 2013

It's not just big business — crowdsourcing creates a ‘win-win situation’

The boy in the Barbie commercial breaks down stereotypes … or does he?