Matthew Hays is a Montreal-based journalist, author and critic. His articles on popular culture and politics have appeared in a broad range of publications, including The Globe and Mail, The New York Times, The Washington Post, The Guardian, Vice, The Toronto Star, Ha'aretz, Cineaste, Cineaction, Cinema Scope, Cinema Journal, Canadian Cinematographer, The Walrus, Hazlitt, Maclean's, The Daily Beast, POV, Canadian Screenwriter, Montage, This Magazine, Equity Quarterly, The Hollywood Reporter, The Gay and Lesbian Review, Queerty and Xtra.

His book, The View from Here: Conversations with Gay and Lesbian Filmmakers, was cited by Quill & Quire as one of the best books of 2007 and won a 2008 Lambda Literary Award.

He is the co-editor (with Tom Waugh) of the Queer Film Classics book series, two editions of which will be published until 2018. He is the film instructor at Marianopolis College, and he teaches courses in film studies, journalism and communication studies at Concordia, where he received both his BFA in film studies (with distinction) and his MA in media studies.

He has won two teaching awards at Concordia, the Concordia Alumni Award for Teaching Excellence in 2007 and the President's Award for Teaching Excellence in 2013. In 2008-09 he served as a programmer for the Toronto International Film Festival. He has served on the jury at TIFF, Hot Docs, Fantasia, Montreal's Image&Nation Queer Film Festival, RIDM and the inaugural edition of the Canadian Screen Awards. 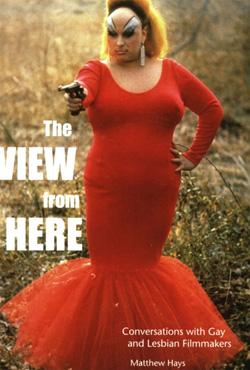 The View from Here: Conversations with Gay and Lesbian Filmmakers
Back to top