Mental health advocate Petrona Joseph, BA 07, will share the story of her own mental health journey and speak about depression and burnout.

Learn how your emotional highs and lows can guide you, get tips on how to listen to your body and identify your awareness, and learn steps for healing and body attunement.

Petrona will be co-presenting with members of Concordia's Health and Wellness team. 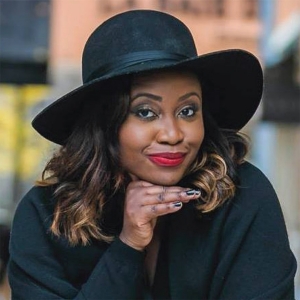 As a trilingual Concordia graduate in linguistics, her love first love is writing; she is also an author and a mental health advocate who seeks to demystify mental illness in the Black Community.

With a fulfilling and barrier-breaking path within the luxury automobile industry, and having worked with brands such as BMW, Aston Martin, Jaguar, and Range Rover, she was the first black woman to represent the prestigious Bentley Motors brand in Montreal, an experience that has opened the doors for her in influence marketing and business development.

Petrona has numerous prestigious titles and positions to her name such, as the VP of Marketing for Montreal Caribbean Fashion Week, Honorary Delegate for the Film Festival Views of the World, and Montreal’s 100 Most Influential Women.

Her experience includes collaborations with numerous well-established brands such as Rudsak, Rolex, and Harry Rosen. She is also one of the few black women to work alongside the mega shopping destination Premium Outlets Montréal, where her creation of countless successful marketing campaigns, gained her full recognition and admirable respect within the Influence Marketing industry.

In 2016, Petrona was approached by Breakfast Television and took the risk to purchase air-time from the powerhouse Rogers Communications, which helped make television more accessible to Montreal designers. While her goal is to provide visibility for local brands, her motive was to providing more diversity on mainstream television in Quebec. Hard work, passion, and ventured risk led to her success today as an established celebrity blogger, featuring Montreal’s finest.