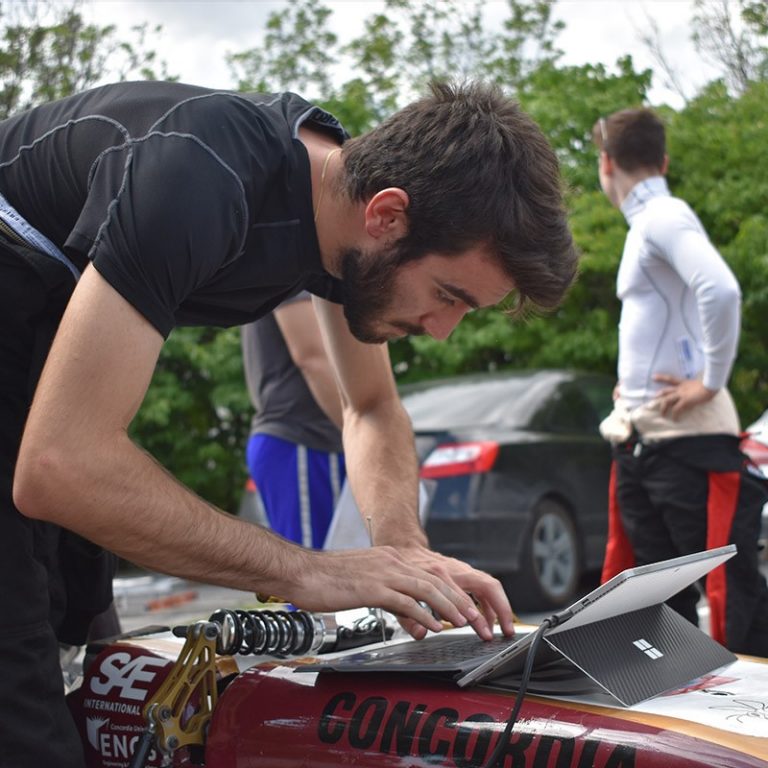 There’s a student society for everybody, regardless of what your interests are.

What has been a memorable course in your program?

Operating systems or networking — they were both taught by the same professor, Dr. Ferhat Khendek. He’s a great professor and he made it super interesting for us. He joked around with us and made the content interesting so it was a fun class.

What have been your favourite parts of your program so far?

My first week of the program, I joined Concordia Society of Automotive Engineers (SAE). We have five teams at Concordia: AeroDesign, which designs remote-controlled airplanes; AeroConnect, a new program that was just introduced this year, where they build drones, and Baja which works on an off-road dune-buggy style car. I joined the Formula Combustion team, but we also have an Electric team now. Both of these teams build a Formula 1-style open-wheel race car. One of them has an engine, and one of them has a motor and batteries.

The Formula cars we build are designed for racetrack environments — acceleration, handling and speed. I’m one of the drivers, actually. We launch from standstill at 1G, and we can take corners at close to 2Gs. 0-100km/h time is somewhere in the 4.5s neighborhood.

Start to finish, one car takes about a year to build but we operate on a two-year cycle, so we’ll have one design year, and one build year. We take each car to competitions with around 100 other teams from around the world. It’s a lot of fun. 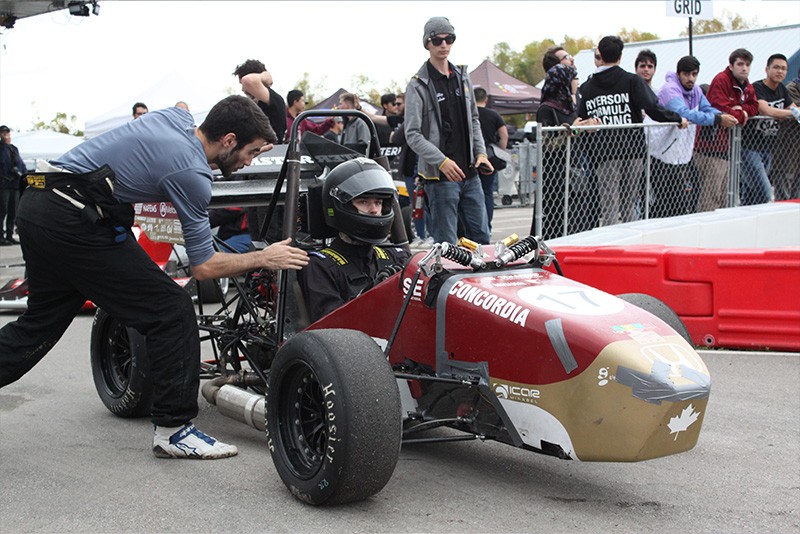 What internships have you taken part in?

I didn’t do the Co-op program, but I have done internships. My first year, I worked at this company called Allegiant 3D. I was a contractor on one specific project. We built a super accurate two-axis positioning rig for a sensor that was going to test tons of high density laser diode matrices. This past year, I worked at a company called ArtyPac. They make and sell the machines that package, well, almost everything. I worked on trying to modernize some of their older machines with some newer equipment, add some features and improve performance.

This summer, I’m going to work at Tesla, which is really exciting. It turns out that one of the judges at our Formula competition last year was a Tesla guy. I guess he liked my work because after I finished presenting, he offered me an internship at the headquarters in California. I’ll be working in the powertrain firmware integration department which handles the process of adding new features to the powertrain. If there’s a new feature that they want to add to the cars that somebody has come up with, our job is to figure out all the systems that would need to be modified for this new feature to exist, and what the modifications would be. Then we load the new software into a car, and test it. We find bugs and fix them. It’s right in my wheelhouse, which is great.

Any advice for people just starting out in the program?

Join a society, for sure. There’s a student society for everybody, regardless of what your interests are. It’s what makes the difference between an engineer that knows only the course material when they go out into the workforce, never having applied it -- and engineers who have applied everything that they have learned in class – and more – to an actual project. Most importantly, joining a student society teaches you how to deal with failure – which is definitely something you’ll encounter in the industry.