The impact of the U.S. elections on U.S.-Israeli relations 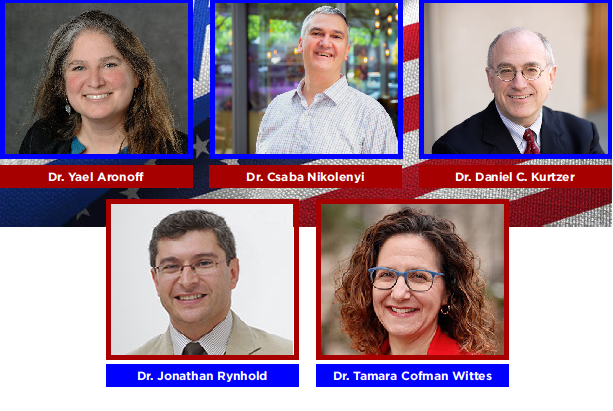 The panel will be moderated by Csaba Nikolenyi, professor of political science and director of the Azrieli Institute of Israel Studies at Concordia University. His current research focuses on legislative politics in the Knesset and he is completing a book on the history of party switching and Kalanterism

Aronoff is associate professor of political science and international relations at James Madison College at MSU. Aronoff is currently serving as the president of the Association of Israel Studies.

His latest book, The Arab-Israel Conflict in American Political Culture, will soon be published by Cambridge University Press.

Tamara Cofman Wittes
Senior fellow in the Center for Middle East Policy at Brookings, where she focuses on U.S. policy in the Middle East.