Shelley Z. Reuter was hired as an Assistant Professor in the Department of Sociology and Anthropology at Concordia University in 2003, received tenure and promotion to Associate in 2007, and promotion to Professor in 2019. Prior to joining Concordia University, she was a faculty member at Memorial University of Newfoundland and at Queen’s University, where she also earned her PhD (2001). She has done qualitative research in the historical sociology of medicine and particularly the production of medical knowledge in relation to disease and cultural classifications such as "race" and gender. She is the author of Testing Fate: Tay-Sachs Disease and the Right to be Responsible (University of Minnesota Press, 2016), Narrating Social Order: Agoraphobia and the Politics of Classification (University of Toronto Press, 2007) and a joint editor, with Katja Neves-Graça, of a special issue on Genes and Society of the Canadian Review of Sociology (2007). She has also published articles in Economy & Society, the Canadian Journal of Sociology, Women’s Health & Urban Life, Sociology of Health & Illness, and Women's Studies International Forum. Dr. Reuter's current research looks at "wellness" promotion and responsibilization in the context of campus student health clinics and university Employee Assistance Programs. She is also doing research on  motherhood and childlessness: Reuter has written on reproductive decision-making and is currently researching the experiences of mothers who leave their children. Dr. Reuter teaches at both the graduate and undergraduate levels, including such courses as Contemporary Theory (402), Contemporary Feminist Thought (476), Sociology of Health, Illness, and Medicine (321 & 648), and Motherhood and Childlessness (498). 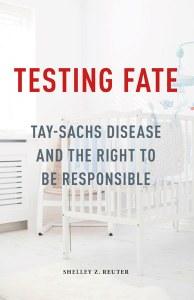 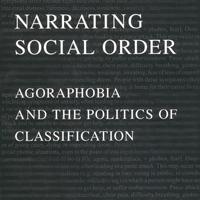 Testing Fate: Tay-Sachs Disease and the Right to be Responsible