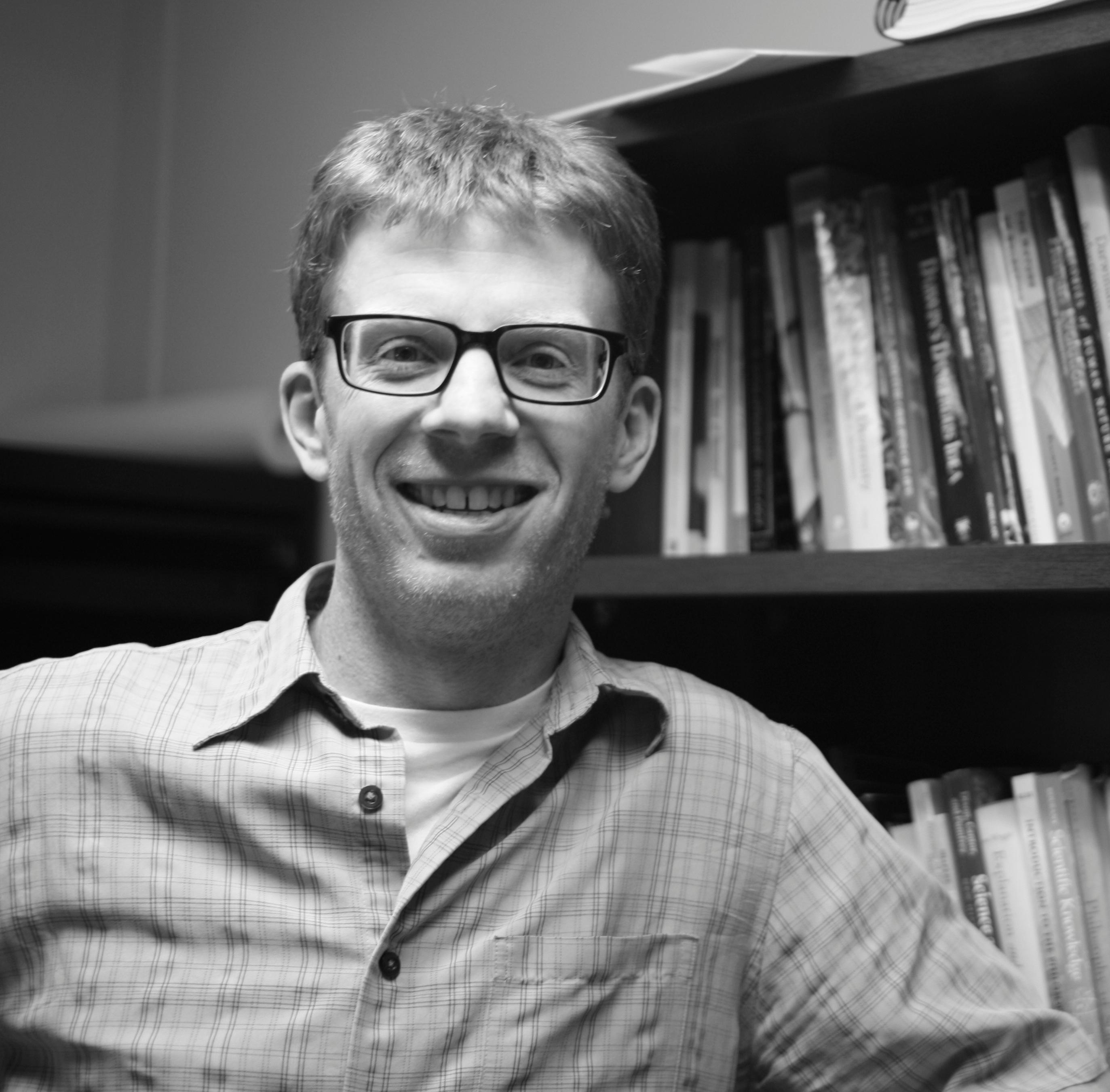 Research Biography: Much of his research uncovers and answers philosophical questions about scientific categories. Some of these questions zoom in on specific categories, such as species and individual in biology, and well-being and humility in psychology. Others are quite general, e.g., about how categories can vary in their objectivity, and how norms of scientific reasoning influence conclusions drawn about categories. He also works on related topics, such as ethical issues in biotechnology and the environment, the roles that values must and should play in science, and how to infer probabilities of hypotheses from existing data. His primary research areas are philosophy of biology, general philosophy of science, and philosophy of psychology; secondarily he sometimes works on virtue ethics and applied ethics, and the history of the philosophy of science. His teaching also focuses on all those areas. He has published in The Journal of Philosophy, Mind, The Stanford Encyclopedia of Philosophy, Philosophy of Science, The British Journal for the Philosophy of Science, Philosophical Topics, Cognitive Systems Research, The Journal of Applied Philosophy, The Journal of Agricultural and Environmental Ethics, Philosophy Theory and Practice in Biology, and other scholarly venues.

1.   Norms of scientific classification: Are there ways in which we must, and others in which we should, draw upon norms rather than just data when defending theories about scientific categories--such as the categories species, planet, and skin cancer? With the help of RAs, Matt Slater and I are showing how the answer to these questions is 'yes'. And this helps steer us away from disagreements about whether scientific categories are objective, towards questions about which category claims are rational and in which ways. Work presented at CLMPS 2019 in Prague, and ISH 2019 in Oslo

2.    Species and other evolving lineages as feedback systems: Having recently proposed that species and other evolving lineages are special kinds of feedback systems, I am now further developing this proposal, and its implications for many issues related to species, lineages, systematics, classification, and the philosophy of these. For a project proposal about applying the feedback model to prokaryotic species, in collaboration with microbial biologist Henrik Christensen and others, see here.

3.   Startling implications about species: You are almost surely human, but is it possible that you may one day become something else, not human, and yet still be you? Do our best evolutionary theories about species even tell us what it is to be distinctively human? Is it possible that one and the same group of organisms could belong to two or more species at once? People recognized different species long before science began, so did later scientific theories clarify and improve upon the pre-scientific ones? Those four questions get very surprising answers, as this project uncovers overlooked implications of our best theories about evolutionary groups.

2.   Beginning the species problem: Biology is often thought to have suffered the so-called "species problem" for a long time, perhaps centuries or even millennia. The problem is that the nature of the species category remains unclear. Many have thought this has urgent importance for both biological practice (e.g., taxonomy and species conservation) and theory (e.g., theories about evolution). But recently many species experts have instead suggested that the species problem has been either solved or dissolved, allowing us to move on from this impasse. In this recently completed project, to appear in a new volume of papers by species experts, I showed there is actually little reason to think the problem has been solved or dissolved, and that instead there are important senses in which we are just now beginning the problem in earnest. This is an optimistic take on the species problem, in contrast to the usual cynical ones.

3.   Well-being and disability: When people are planning to have a child and can select between different embryos, do they have a significant moral reason (one to weigh up against their other reasons) to select against embryos that are predicted to develop into children with recognized disabilities? It is common to answer Yes, but we analyzed different types of well-being in order to show that the prevailing case for such selection against disability is mistaken, and reflects an overlooked kind of hubris that tacitly privileges lives that are most like our own. (With Rob Wilson.)

4.   Environmental virtue ethics and humility: One strand of this work showed that, on one hand, environment-regarding character traits are not strictly required for human flourishing, but then, on the other hand, examined the links between diversity of environments and diversity of human populations to show that some environment-regarding character traits are nonetheless of great ethical importance for human flourishing. Another strand of this work asked: can an approach to ethics based on virtuous human character traits and well-being offer clear and specific principles for deciding how to use biotechnology in agriculture? Alana Friend Letter and I argued that it can, by generating principles based in both humility and ecosystem sustainability, also illustrating the use of these principles in GMO and CRISPR crop cases.

5.   Integrating pluralism about species and other scientific categories: Rather than there being just one legitimate theory about the nature of species, is there a plurality of theories that are equally legitimate even though they contradict each other? For several years it has been very fashionable to answer Yes, and to use this as an example of how a happy, ecumenical pluralism is common in the sciences. Authors have drawn upon this to help argue for sweeping conclusions about how science should be governed and organized. My project challenged the main case for eliminative species pluralism, and argued that a dilemma faces such pluralism in many cases of scientific categories.

6.    Bayesian epistemology and the Sally Clark double murder case: How can theoretical and applied philosophy inform each other? To elaborate interesting ways in which the two are reinforcing, this work joined debate about applying Bayesian epistemology to the famous legal case of Sally Clark. When Clark’s first baby died, this was blamed on SIDS. But when she had another baby and it also died, Clark was charged with double murder. In the now famous ensuing court case, a statistician testified that the probability of double SIDS was astronomically low. Others have disagreed and claimed that the chance of double murder was even lower. By drawing on theoretical Bayesianism, my work reached the applied conclusion that both sides are mistaken – the two probabilities are roughly equal, and the relevance of post-partum psychosis in this case has been overlooked. The work also reached a more theoretical conclusion – it generated a new general principle for how to infer prior probabilities from frequency data in a wide variety of cases.

1.    More on conservation biology and its values: Dylan Fraser and I recently uncovered and detailed the Unravelled Rope Problem in conservation biology. This means arguments in conservation often misrelate empirical matters and matters of value, so that the arguments don't support their conclusions as planned. In the future we plan to quantify the ways in which this problem arises, to document a more exacting account of the problem and inform how to overcome it.

2.    The nature of humility. Since ancient times people have written about and praised the character trait of humility, but what is it exactly? This project develops a hypothesis about humility's nature, one that integrates recent empirical studies. The hypothesis is that humility is the interaction of two dispositions: being disposed to and motivated by unabsorbed and reasonable views of one's self, and being disposed to selflessly take the bigger picture of things into account. This project outlines means of empirically testing this hypothesis and argues that if the hypothesis is correct, then we should think humility is a virtue that strengthens rather than weakens people. (Work presented with James Luong at a May 2019 CRÉ/GREE conference)

3.   Robert Boyle’s metaphysics of science: Was the 17th century scientist Robert Boyle the archetypal reductionist and mechanist that historians and others often describe? I plan to show he was not, that his views about the nature of matter and explanation were more nuanced than has been appreciated, and that we have much to learn from this today.

4.    Race, realism, and Bayesian genetics: Should we believe that data analysis using Bayesian statistical software provides evidence that human races are biologically real, as many authors have claimed when criticizing decades of anti-realism about race? I plan to clarify the potential and limits of such analyses, and improve debate about the biological reality of races and other groups.

5.    History of species: Were taxonomists prior to Darwin as mistaken in their views of species and other taxa as many traditional historians have long claimed, or were their views much closer to our contemporary ones, as some history revisionists have recently argued? I plan to show that both the traditionalists and revisionists are partly correct and partly incorrect – that it has been a mistake to couch the debate in terms of “species essentialism” and that upon getting more fine-grained in our comparisons of pre- and post-Darwinian taxonomy, we see more clearly how some things have changed and how others have stayed the same.

Presentation about CRISPR and editing the human germ line, as part of a panel on these topics. https://www.youtube.com/watch?v=ZndxuwSCWBY&t=3193s

Commentary on Mark Vellend's presentation about values and bias in conservation biology. https://www.youtube.com/watch?v=CnVXIHM5H2I

Commentary on Elliott Sober's presentation on the topic of "science and values". https://www.youtube.com/watch?v=4Vjt0SgzHIk