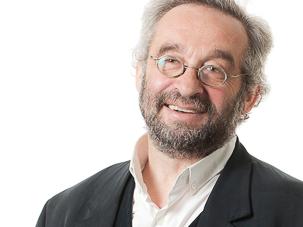 Mikhail Iossel came to the US, from the former Soviet Union, in 1986, and started writing in English in 1988. Back in Leningrad, USSR, he worked as a research engineer and was an underground (samizdat) writer and literary-journal editor.

In the US, he graduated with an MA in English/Creative Writing from the Univeristy of New Hampshire and subsequently was a Wallace Stegner Fellow in Fiction at Stanford University.Prior to moving to Canada in 2004, Mr. Iossel had taught creative writing at the University of Minnesota, New York University, St. Lawrence University, and Union College.

In 1998, he founded Summer Literary Seminars: one of the world’s largest and most innnovative independent international literary programs, holding conferences in Russia, Kenya, Lithuania, Italy, and elswhere.

He writes both in Russian and in English, and his work has been translated into a number of foreign languages.

He is the author of “Every Humter Wants to Know,” a collection of stories (W.W.Norton), and co-editor of Amerika (Dalkey Archive) and “It All Depends on Who You Believe” (Tin House/Bloomsbury), anthologies of contemporary Russian writing.

Currently he is finishing work on several book projects: “Samizdat,” a collection of stories; “Winterbreak,” a novel; and a book of novellas set both in the US and Russia and united by the commonality of narrative perspective.

He was the recipient of thee SHHRC research grant, National Endowment for the Arts award, and the Guggenheim Fellowship.

Every Hunter Wants to Know (stories). W.W. Norton
Co-Editor: Amerika (essays). Dalkey Archive
Co-Editor: It All Depends on Who You Believe (stories). Tin House.
Numerous stories and essays published in the US, Canada, and Russia