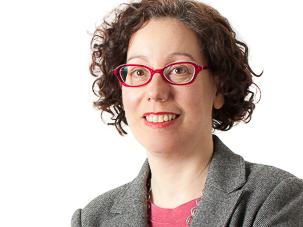 Having just published The Novel Stage: Narrative Form from the Restoration to Jane Austen (Bucknell UP, 2020), I have two projects that flow from thinking about the relations between the theatre and the novel in 18th-century England, neither of which focus exclusively on 18th-century materials.

As Principle Investigator on a SSHRC Insight Development Grant (2020-22), I am working with a team to develop for narrative theory the concept of "situation," which has long theatrical roots and broad vernacular applicability across a range disciplinary contexts and in various media. We are looking at its explicit appearance in drama theory, screenwriting, literary and social theory of the 20th century, radio and television serial production (sit com), and the art world, and its implicit appearance in novels and films.

I am working on a project about autofiction and autotheory in the context of the long history of the novel tentatively entitled "Me, Myself, and I."

The Novel Stage: Narrative Form from the restoration to Jane Austen (Bucknell UP, 2020)


“Wilful Walpole” in Walpole at 300 eds. Jill Campbell, Jonathan Kramnick, and Cynthia Roman, under contract at Yale UP

Islands, in early modern and 18th-century texts such as Thomas More’s Utopia, Francis Bacon’s New Atlantis, William Shakespeare’s Tempest, Henry Neville’s Isle of Pines, William Davenant and John Dryden’s Enchanted Island, Daniel Defoe’s Robinson Crusoe, and countless later texts in the genre of the robinsonade, serve as laboratories for probing and/or reproducing the limits of the social world and maps for the relations it fosters and that which can be known about it. Some latter-day instances retain the association of islands with enchantment, though some explore disenchantment by establishing the proximity of islands to prisons. This course aims to survey both possibilities. After examining early examples of island literature, we will turn to selected latter-day texts, both literary and theoretical, some drawn from the reception of the Tempest in the Caribbean (Aime Cesaire, Franz Fanon, Sylvia Wynter, Michelle Cliff) and some rewritings of Defoe (Kafka’s “In the Penal Colony,” J.M. Coeztee’s Foe and Michel Tournier’s Friday or the Bones of the Pacific) in order to explore the concepts needed to theorize islands, including chronotope, ecology, and adaptation.