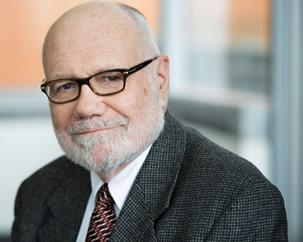 Dr. Doreen obtained his BS, MA And PhD degrees in Business Statistics from the University of Alabama and did post-doctorate studies at the University of Pennsylvania's Wharton School. As a graduate student, he spent five summers as a student trainee in a variety of European organizations including Swissair in Zurich, The Economic Institute of the Czechoslovak Academy of Sciences in Prague, and the Central Bank of Malta in Valletta. Dr. Doreen joined the Department of Quantitative Methods at Concordia University in 1971 and has served as Assistant, Associate and Full Professor, as well as Chairman of the Department of Quantitative Methods from 1978 to 1980. At Concordia, Dr. Doreen has taught various courses in statistics, operations research and entrepreneurship. He served as Academic Director of the Executive MBA Program from 1986 to 1992, and is listed in Who's Who in Canada, and Who's Who in Canadian Business.

In recent years Dr. Doreen has been heavily involved in the aviation industry. He served as the Director of Concordia's International Aviation MBA Program (1994-2003). During his tenure as Director of the AMBA program he has been instrumental in establishing the Global Aviation MBA (distant / e-based format), and The International Center for Aviation Management Education and Research (ICAMER), of which he is currently serving as its Executive Director. Since it inception ICAMER has hosted the First and Second International Conference on Aviation Management Education and Research (2001, and 2003), and "Air Current's" Conference on Canadian domestic aviation policy, Jan 2004. More recently, ICAMER has partnered with International Civil Aviation Organization (ICAO) to develop and deliver a professional certification program for the management of aviation security, to be delivered at ICAO training centers around the world, and with Airports Council International (ACI) to develop and deliver a leadership-training program for airport executives worldwide.