Associate Professor and Chair, Centre for Engineering in Society 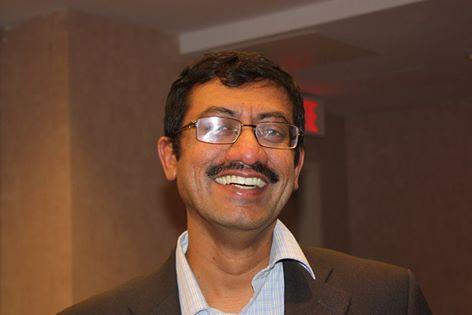 Govind Gopakumar is Chair and Associate Professor at the Centre for Engineering in Society. Govind Gopakumar received his PhD in Science and Technology Studies from Rensselaer Polytechnic Institute at 2008.

His research centres on the socio-political aspects of urban infrastructure and the governance of infrastructure change. His most recent book on automobility in Indian cities titled Installing Automobility: Emerging Politics of Streets and Mobilities in Indian cities is published by MIT Press in their Urban and Industrial Environments Series. Another  research interest is on processes of change in engineering education in the context of intervening in development, globalization.

During his tenure here at Concordia, Dr. Gopakumar has scripted and directed a film (in partnership with a citizen group, Bengaluru Bus Commuter Forum) titled Social Life of a Bus, and published a single-authored book Transforming Urban Water Supplies in India that was published by Routledge. He has published articles in the Science as Culture, Geoforum, Economic and Political Weekly, International Journal of Urban and Regional Research, Water Policy, Water Alternatives, Mobilities, Engineering Studies, and the European Journal of Engineering Education. His research has been supported by Social Science and Humanities Research Council (SSHRC),

I am looking for a Research Assistant preferably at the graduate level who has experience in web design and publishing. The assistantship will be for 5 hours starting October 12, 2020.

Some of the tasks for the RA:
1. Assistance with publishing documents and making site live