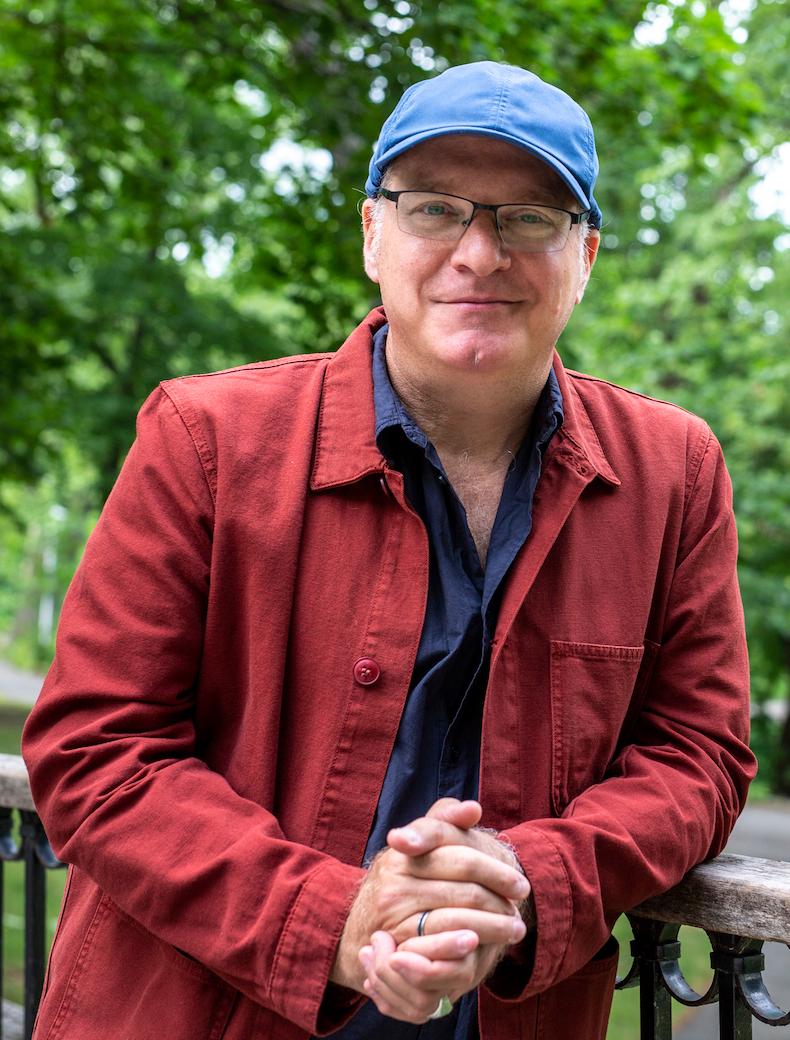 Mark Sussman is a theatre artist and scholar working on the animation of public space, material dramaturgies, puppetry and object performance, and the integration of old and new technologies in live performance.  He earned MA and PhD degrees from the Department of Performance Studies at New York University, receiving the Michael Kirby Memorial Award for his doctoral dissertation on 18th and 19th Century stagings of the new technology of electricity. He joined Concordia's faculty and moved to Montreal in 2005. For six years he held the position of Associate Dean, Academic Affairs in the Faculty of Fine Arts and is now a Professor in the Department of Theatre. He also advises graduate students in the PhD Humanities and Individualized interdisciplinary programs.

In Summer, 2020, he was appointed director of Concordia's Centre for Interdisciplinary Studies in Society and Culture. A joint creation of the Faculties of Arts and Science and Fine Arts, the Centre provides a gathering place for researchers, graduate students, and guest speakers from across the humanities and arts. The Centre sponsors several Working Groups each year, and funds events in collaboration with individual researchers and research centres housed in the two Faculties.

Prior to teaching at Concordia, he has taught at New York University (Performance Studies, UG Drama), Barnard College (Theater), Wesleyan University (Theater), CalArts (Theater, Critical Studies), UQÀM (DESS en arts de la marionnette contemporarin), and the Parsons School of Design at the New School (Architecture/Lighting Design). At Concordia, he has taught performance studies and studio-based courses at the undergraduate and graduate levels, with a focus on such topics as performance and the contemporary city, material performance and performing objects, performance ethnography, puppetry, queer theatre, radio drama and sound arts, history of the avant-garde, dramaturgy, theatre history, and the epic theatre tradition. He has also led a number of Field School courses with students at the Bread and Puppet Theater in Vermont's Northeast Kingdom, most recently in Summer, 2022
Sussman is a founder and co-artistic director of Great Small Works, an OBIE and UNIMA/Jim Henson Award-winning theatre collective based in New York City. Since 1995, Great Small Works has been producing new theatre works on a variety of scales, from miniature toy theatre pieces using two-dimensional cutouts and live montage, to giant parades, community processions, and circuses. The company specializes in the reinvention of ancient, popular, and avant-garde performance techniques in contemporary contexts, creating variety evenings, international festivals, and community-based projects in addition to discrete performance works featuring puppets and objects. With Great Small Works, he was artistic director for Bienvenue à Tourne-York, a large-scale outdoor carnival commissioned by the town of Tournefeuille, France (2009). He has also worked as a performer, designer, and producer for the company's ten International Toy Theater Festivals (1991-2013). He has led many workshops in the form of "toy" or "paper theatre," most recently with Feminismo Communitario Antipatriarcal in La Paz, Bolivia (2016), with Taichung University students and museum educators from the Tainan region of Taiwan (2019), and with professional artists through the Association Québécoise des Marionnettistes (AQM) in Montreal (2022).
As part of his ongoing research based at Concordia, and in collaboration with Roberto Rossi of Great Small Works, he is at work on a two new performance projects, one based on the writings of Robert Walser and another titled Tales from the Anthropocene, which had its premiere at the Dukketeaterfetival, Bornholm, Denmark (2015). Currently, Great Small Works is planning to tour the latest episode of their ongoing news serial, The Toy Theater of Terror As Usual, and recently completed Bluestone and My Mushroom: a choreography for fungi with commentaries on the arts of living on a damaged planet, at the Opus 40 sculpture park in Saugerties, NY (Summer, 2022)
Apart from Great Small Works, Sussman has collaborated with writer/director Allen S. Weiss, with whom he created Theater of the Ears / Théâtre des Oreilles (CalArts/LaMama/Charleville-Mézières/Paris/Avignon, 1999-2001) and Danse Macabre, an animated installation using dolls created by Paris-based artist Michel Nedjar, at the Halle St. Pierre, Paris (2004) and the In Transit Festival, HKW, Berlin (2009). Danse Macabre will be restaged at the Centre Pompidou in Metz, France in Fall, 2022.


In Montreal, he is the founder and member of the collective organizing Café Concret, an occasional cabaret of experimental puppetry and object-based performance, and a forum for new works in a variety of media. The 34th edition of Café Concret took place at Bâtiment 7 in Pointe-St-Charles and online editions were streamed via Facebook and YouTube during the pandemic years, 2020-22. A live outdoor edition took place at the MIAM in Outremont in Fall, 2021, and the 42nd edition took place in July, 2022, again at Bâtiment 7, with Anna Jane McIntyre as guest curator.

In 2014, he was the Academic Convener for Manifest: Choreographing Social Movements in the Americas, the 9th Encuentro of the Hemispheric Institute of Performance and Politics at New York University, bringing more than eight hundred artists, scholars, and activists from across the Americas to the Concordia campus and the city of Montreal.
Sussman is a Co-Investigator of Hemispheric Encounters, a SSHRC Partnership group based at York University. He is a longstanding member of the Artistic Committee of Casteliers, the organization devoted to producing and diffusing the art of puppetry in Quebec and internationally; and in Fall, 2015 he joined the Board of Directors of Montreal's Studio 303.


Sussman's writing has appeared in TDR (The Drama Review), Connect, Stagebill, Cabinet, Radical Street Performance (Routledge, 1999), and Puppets, Masks, and Performing Objects (MIT, 2001). His article "Notes on New Model Theaters" can be found in The Routledge Companion to Puppetry and Material Performance (2014). An updated essay on New York's Circus Amok can be found in The Routledge Circus Studies Reader (2016). In 2018 and '19 he worked with the Café Concret collective on Moving Parts: Articulated Bodies and Objects in Performance, a three-part performance residency at Tangente, interdisciplinary symposium, and book project exploring the movement vocabularies shared across the fields of puppetry and dance. The symposium took place at Concordia's department of Theatre and the book, edited by Erin Hill and available on the Café Concret website, appeared in 2021. 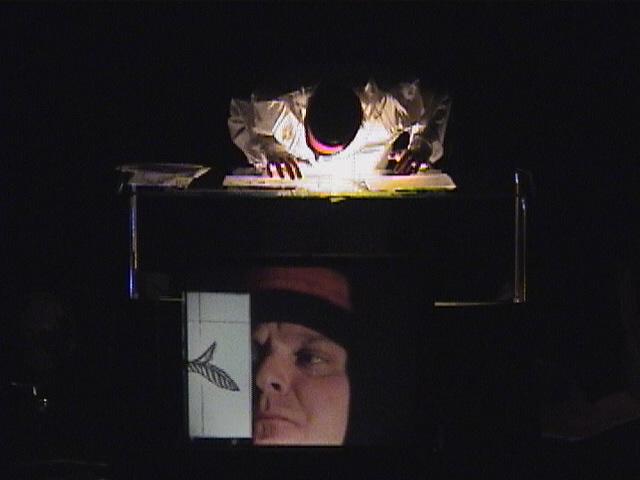 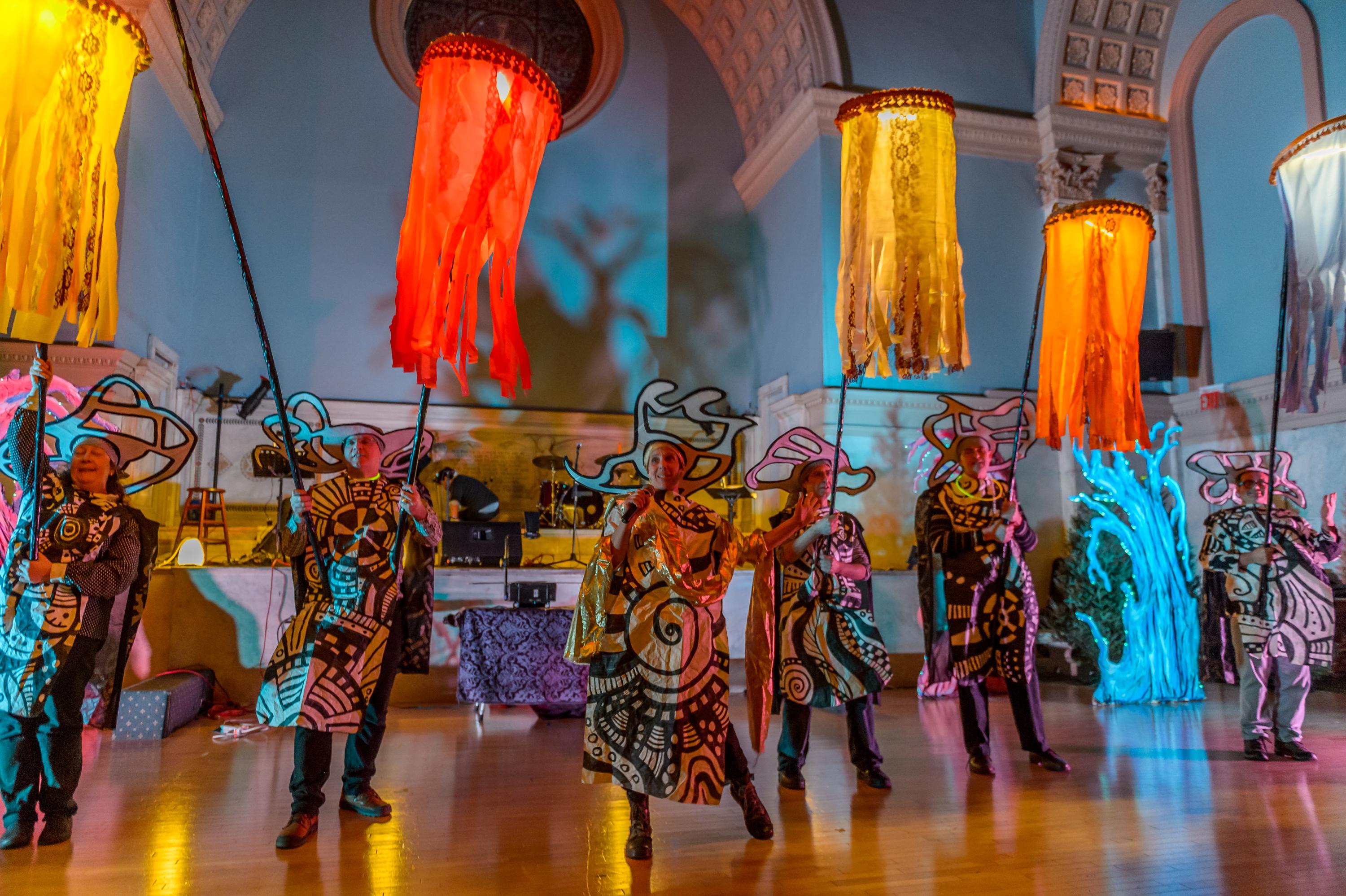 performances of The Toy Theater of Terror As Usual, Episode 14: The Swamp and The Three Graces, November, 2019