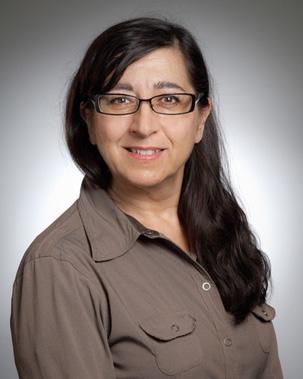 Ana Cappelluto is an associate professor in the Department of Theatre at Concordia University where she teaches Design for the Theatre. She is also the Faculty of Fine Arts' Associate Dean, Planning and Academic Facilities. Her research, financially supported by Hexagram Research Institute, Industry Canada,Fonds de recherche sur la société et la culture, and the Gouvernment du Quebec Ministére de l'Industrie et du Commerce and the CANARIE initiative, focuses on the development of new scenographic tools.

Cappelluto's current work includes the development of the DMX-CAM. The DMX-CAM will permit the seamless integration of live camera control in performance. Control of x/y position, focus and zoom has been integrated into the cue structure of performance and as part of a lighting cue. By adding a commercial live tracking system the camera can automatically follow the performer as she moves.