Dr. Juliana España Keller takes a lead in producing multi/trans/interdisciplinary works to a listening public addressing all bodies as forms of noise and disruption in the way in which language and communication is made noisy. Her ‘Public Kitchen’ works have been exhibited in site-specific spaces globally and contribute to histories of sound performance art with an objective lens on participatory practices in feminist materialist and posthuman theory using the space of the domestic kitchen as the focus.  She seeks to reposition the kitchen tool by exploring its displacement and functionality using electronic and manual manipulation to investigate the sensory behaviour, sonic power of the tools of the modernized kitchen inventory. She forms a collaborative social space with willing participants documenting the human to the non-human—kitchen tools, appliances—electronic media where the performing body engages in a transversal connective experience. She is a former member of the Montreal performance art collective: W.W.K.A (Women with Kitchen Appliances) from (2008 - 2013).

Her intra-cultural projects have recently contributed to MONA (Museum of Old and New Art) in Hobart, Tasmania, CRISAP/Tokyo University of the Arts, Japan, Abbotsford Convent and the Make It Up Club in Melbourne, Australia. For Juliana, sonic resistance or critical engagement with the world is generated as a feminist politic of consent in the way women collaborate. Juliana seeks to negotiate a woman's place in art institutions and to value a woman's place in society inclusive of non-binary people in this discourse. Juliana completed her practice-led PhD doctoral research at the Victorian College of the Arts, University of Melbourne, Melbourne, Australia (2020). She holds Canadian, Swiss, British and Spanish nationalities. Juliana is a former MFA graduate from Concordia University (2003) in Sculpture. She also completed her Undergraduate degree at Concordia {2000) in Painting and Drawing.

Juliana’s practice-led research is built on a relational architecture of iterative sound performances that position the art historical, the sociopolitical, transforming disciplinary interpretations of the body and technology as something that is not specifically exclusively human but post-human. Juliana speaks through a creative practice that unfolds as a sharing of experiences through these propositions. She also channels the intra-personal; through the entanglement of her own personal cultural experience and diverse background, where language, meaning and subjectivity is relational to what it means to be human and to what is felt from the social, what has informed her from a multi-cultural nomadic existence and perspective.

Through the medium of sound, Juliana investigates and emphasizes entities, ethics, social class and social political intervention in the process. This subjectivity illuminates how we move through the world, react to surroundings and respond to everything. It also proposes how the normative and hierarchical relations amongst human groups based on race, sexuality, social class and ability are always intimately entangled with the broader political and posthuman economies/ecologies of which we are a part.

The performance work establishes a scaffold for thinking about a range of ideas of what is felt through encounters with philosophy, sonic arts, feminist and posthuman thought. It highlights labored bodies entangled with posthuman contingencies of food preparation, family and social history, ritual, tradition, social geography, local politics and women’s oppression. The human and non-human relation to machines and machine learning is enacted through intra-active entanglement; it represents an active pedagogy practice for organising and responding collectively to, the local.

A noisy kitchen is felt as a musical sounding in the everyday rhythm of lived intensities. Agency is conjured through the doing-cooking of the kitchen to create a sonic recipe as the becoming of the human-machine relationship to uncover the paradigms that shape-shift performance, cross-fertilizing with technology and futurities of social robotics by finding ways forward in untangling the discourse surrounding robotic machines, humanoids and AI.

In particular, it considers how feminist new materialism can be “put to work”, creating daring dissonant narratives that feed posthuman ethical practices and feminist genealogies. Juliana’s research reveals what matters—a feminist struggle invaluable in highlighting and responding collectively to the local with a systemic understanding material phenomena in an immersive sonic performative installation. Her research practice proposes to ignite and transform our social imagination and deactivate pervasive and dominating patriarchal ethico-politics and to decolonize as well as dismantle colonial perspectives and pedagogies. 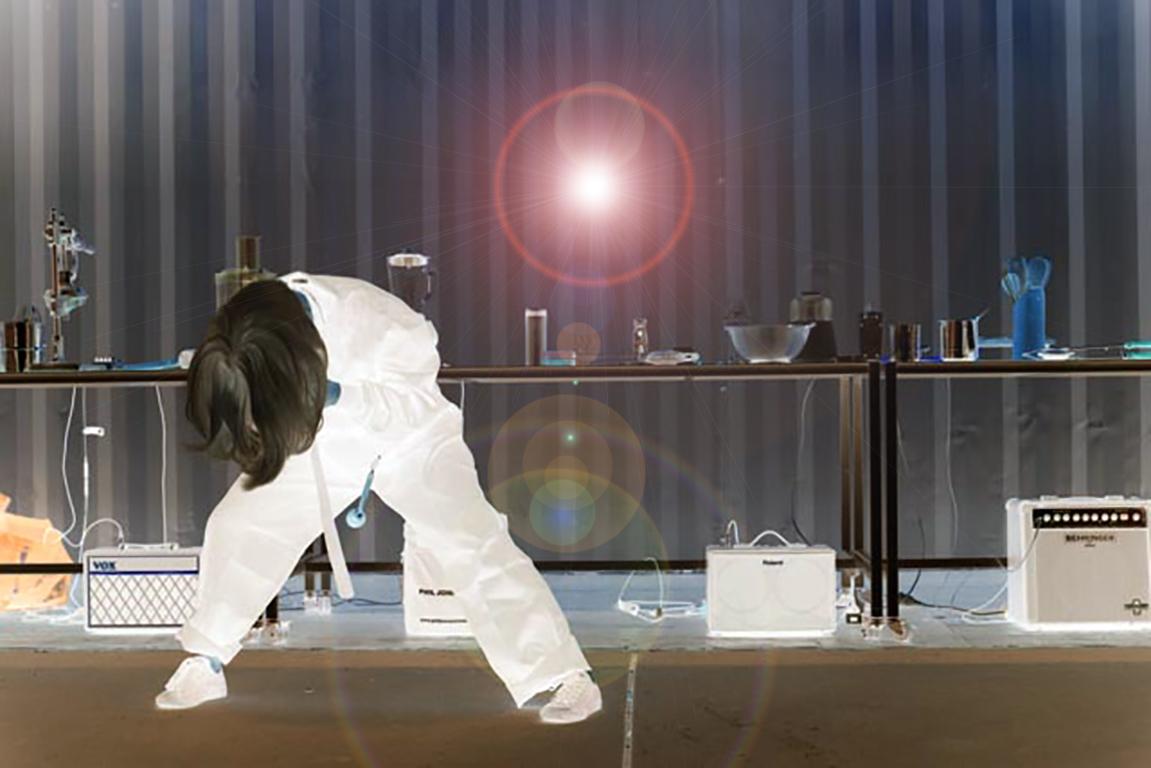 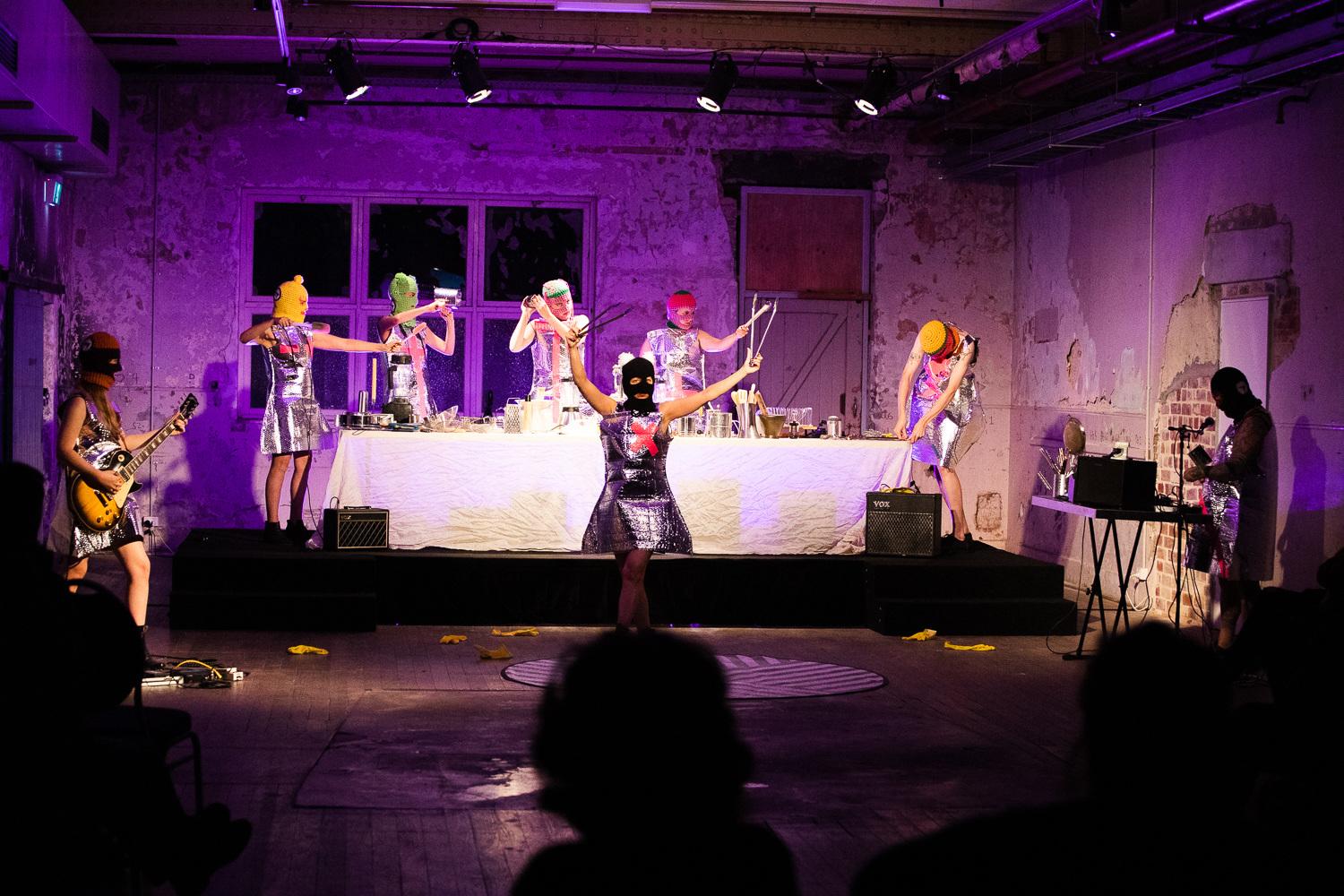 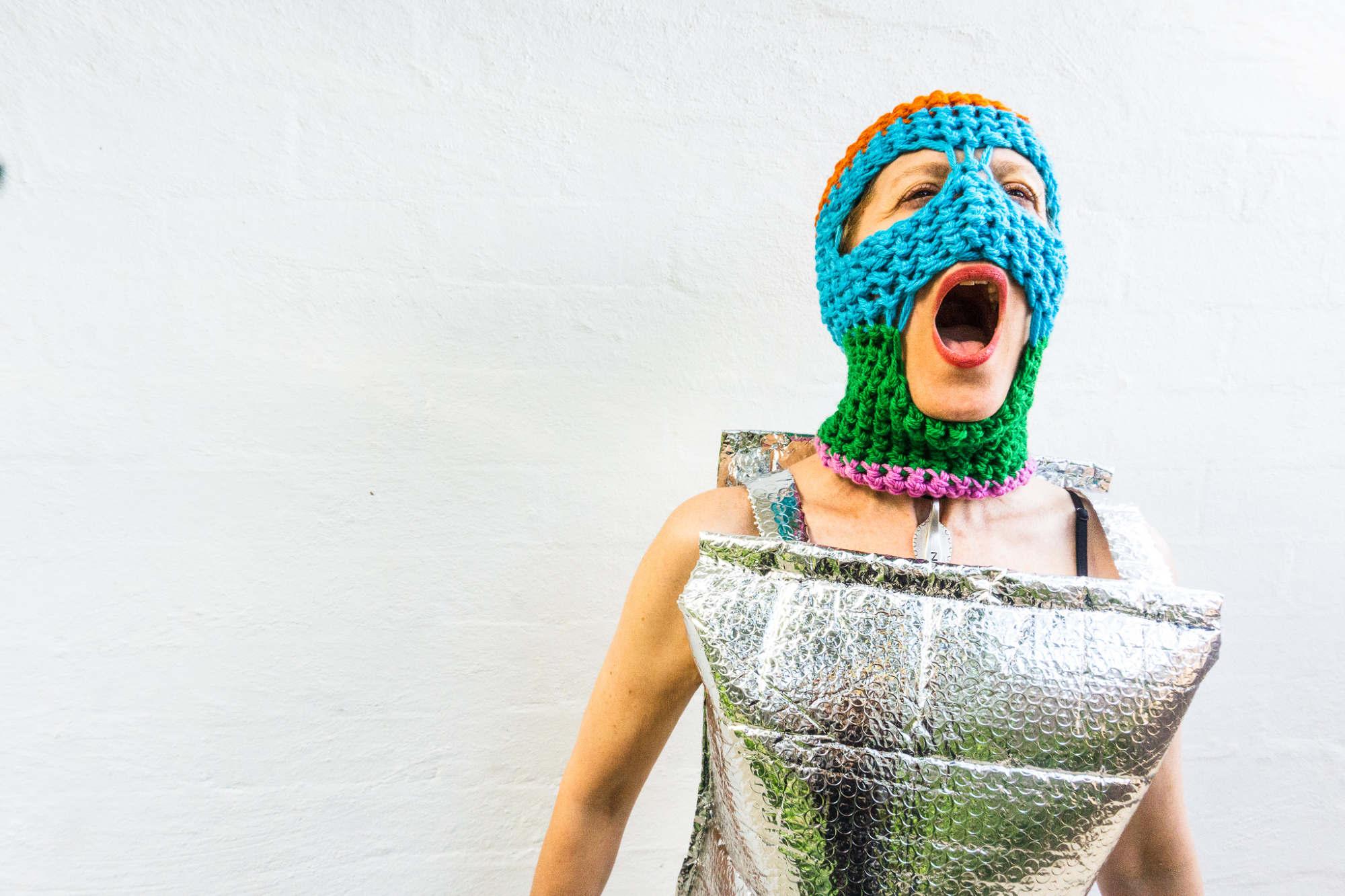 The Sonic Intra-face of a Noisy Feminist Kitchen

This paper asks what is the value of transforming the kitchen into a sonic performative work and public site for art and social practice. A Public Kitchen is formed by recreating the private and domestic space of a kitchen into a public space through a sonic performance artwork. The kitchen table is a platform for exploring, repositioning and amplifying kitchen tools as material phenomena through electronic and manual manipulation into an immersive sonic performance installation. This platform becomes a collaborative social space, where somatic movement and sensory, sonic power of the

Book Review: Musical Encounters with Deleuze and Guattari. New Materialism. The mattering of the arts, crafts, and aesthetics. The Polish Journal of Aesthetics. Nr. 57 (2/2020)

This book review discusses the volume: Musical Encounters with Deleuze and Guattari (2017), edited by Pirkko Moisala, Taru Leppänen, Milla Tiainen, and Hanna Väätäinen. This polyphonic title concentrates on Deleuzian-Guattarian research as well as elaborations on Spinozian metaphysics. The book’s multisensory expanse of subjects in feminist new materialisms encompasses, among others, music and sound studies, expanded listening, dance, dis/ability, semiotics, and ethnography. The work provides vital attention to concepts such as affect, becoming, and assemblages, including different ways of moving and conceiving across contemporary creative practices.