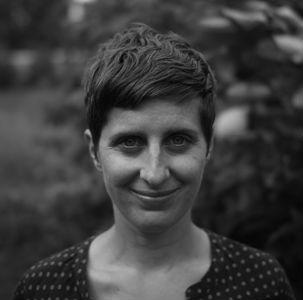 Corri-Lynn Tetz received her Bachelor of Fine Arts from Emily Carr in 2003 and is currently in her third year of a Masters degree at Concordia University. While her work has been shown primarily in Vancouver and Montreal, in 2010, Corri-Lynn was nominated for a Juno for the album cover of the year, for Land of Talk's album Cloak and Cipher. In the same year, she held two positions on NPR's top album covers of 2010, including Cloak and Cipher and The Besnard Lakes Are The Roaring Night. In 2012, Corri-Lynn was a finalist for the RBC Painting Competition.