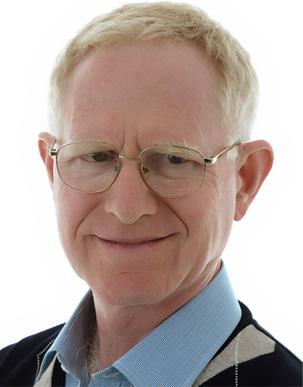 For 4 decades, Yaron Ross has been deeply committed to musical education. He holds a Doctoral degree in Performance. He taught at the University of Montreal and is currently teaching at Concordia University in Montreal. He has received awards for excellence from both institutions. Yaron Ross welcomes working with classical piano students of various goals and levels.
In his teaching, Yaron Ross promotes above all the joy of music making.
Students are encouraged to concentrate on the styles and composers with whom they have a strong affinity.
Students learn the difference between reading notes and reading Music, they are shown the difference between mechanical repetition and effective practice strategies that yield solid and durable progress, and they are introduced to the fundamentals of piano technique, musicianship, and interpretation.
Yaron Ross works as well with jazz pianists seeking contact with classical repertoire and additional technical guidance.
Composition oriented students will find their particular interests met through a teaching approach that highlights in detail the compositional dimension of each piece, as well as through additional feedback on their own composition, if they so wish.

Yaron Ross is the recipient of an award for teaching excellence from Concordia
University and and an award for Research  Excellence from the University of Montreal.
Yaron Ross recorded the complete cycle of Mozart's Piano Sonatas (2008-2016).
This studio recording followed two live performances of the complete cycle (in five recitals) given by the pianist in 1985 and 2006. Some of those performances were recorded for radio broadcast. The recordings are available on all major web platforms. Videos of 4 Mozart Sonatas are available on Yaron Ross's You Tube Channel. The 7-CD set is promoted by Phoenix Classical.
In September 2012, Yaron Ross was invited to give a recital on Vladimir Horowitz's personal Steinway concert grand piano, and organize the event celebrating the visit of this historical instrument in Montreal. See above link for You Tube video of the event.

Other large projects which were recorded live for broadcast by the English and French networks of the CBC include participation in a collective recording of Bach's Well-Tempered Clavier organized by the CBC in memory of Glenn Gould (1992), the complete Mendelssohn Songs Without Words(1994), the complete Inventions  and French Suites by Bach (1996-97) and the Chopin Preludes (1990). Mr. Ross was invited by CBC radio to provide the commentary during the Montreal International Piano Competition and to review the Sony collection of Glenn Gould's video recordings.  Mr. Ross has given solo performances at Carnegie Recital Hall in New York, The National Arts Centre in Ottawa and Place des Arts in Montreal and has collaborated as a chamber musician with such artists as violists Rivka Golani and the Saint Lawrence String Quartet. Born in Israel, Yaron Ross studied at the Tel-Aviv University with the legendary pianist Mindru Katz.  In 1975 and 1976 Yaron Ross won first prizes in the Tel-Aviv Academy Master Competition in chamber music and solo performance respectively.Before leaving his native country he appeared numerous times in recital and asa soloist with several orchestras. He recorded for Israeli and European broadcasting organizations.