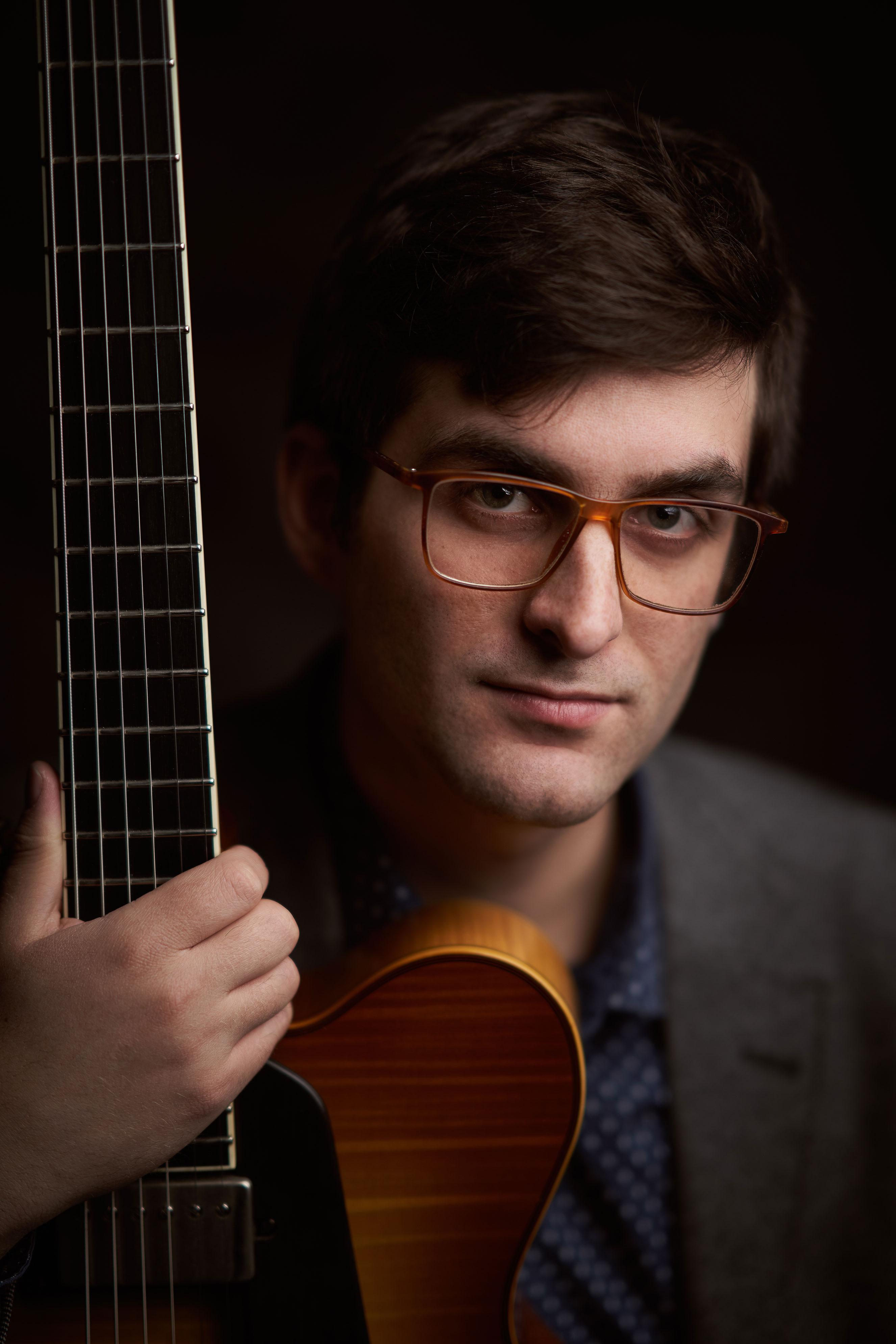 Guitarist and composer Sam Kirmayer, plays with “fearlessness and momentum” – Katie Malloch (CBC Jazz Beat & Tonic). One of CBC Music’s picks for the “35 best Canadian jazz musicians under 35”, his playing has been described as “sharp and clean melodic lines peppered with exquisite chording and comping… never overstated and always expressed with good taste”– C. Michael Bailey (All About Jazz). He has released two recordings as a leader, Opening Statement (Chromatic Audio 2017), and High and Low (Cellar Live, 2018). The latter features acclaimed New York based organist Ben Paterson and was a finalist for the Prix Opus for Jazz Album of the Year.

Kirmayer has performed across Canada with his own groups and is in-demand as a sideman in Montreal, working with many of the city’s finest musicians including Kevin Dean, André White, Laura Anglade and more. When not performing, Sam is active as an educator, teaching guitar privately and Jazz History at Concordia University. He holds degrees in Jazz Performance from McGill University and the University of Montreal and has been the recipient of many awards and scholarships from Vanier College, McGill University and the University of Montreal.