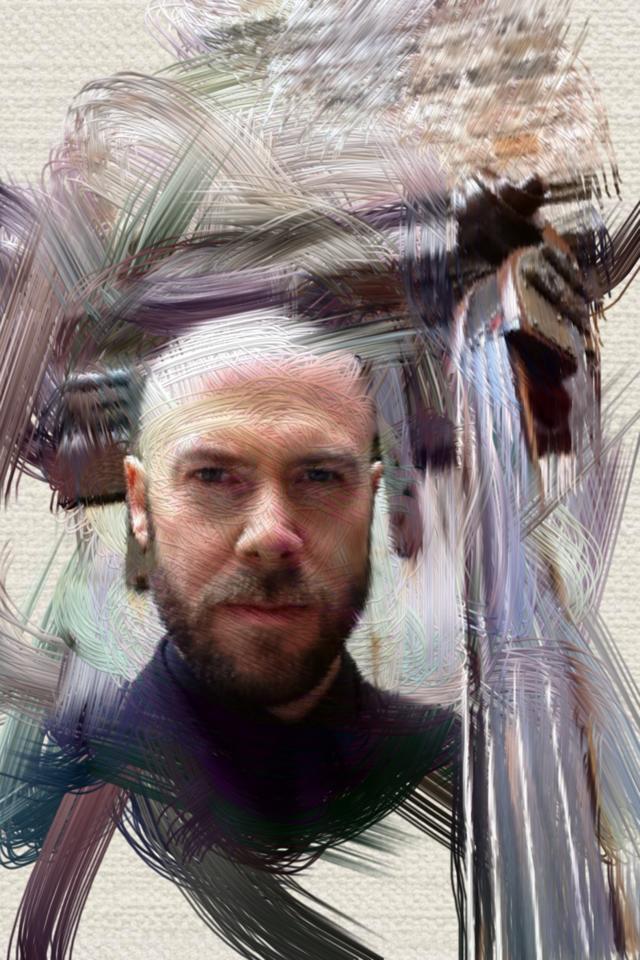 Sage was awarded the “Prix Étoiles Galaxie de Radio-Canada” at the 2005 Montréal International Jazz Festival for his compositions Saturday Afternoon and On the Wall. In October 2005 his quartet opened for John Scofield at the famous Spectrum. Sage Reynolds Quartet played a second and third concert at the MIJF in 2006 & 2008 and performed at both the Ottawa International Jazz Festival and l'OFF Festival de Jazz de Montréal in June of 2007. On the Wall, Sage's first full length CD as a composer, bandleader, and producer, was released in September of 2006 on Effendi Records (FND067, Montréal, QC).

Two of Sage’s main collaborative projects during the 2010s were with Thomas Hellman and Jordan Officer. With each artist he completed several recording projects (including composing the string arrangements and collaborating for the vocal/instrumental arrangements (with Olaf Gundel and Thomas Hellman) on Thomas’ latest album), staged multiple shows (often with stage direction by Brigitte Haentjens), and toured extensively in Québec, France, Ontario, Belgium, Switzerland, and Italy (over 150 shows to date for Thomas’ Rêves américains). Besides working with each bandleader, these projects gave Sage the opportunity to collaborate and perform with two other excellent musicians: Olaf Gundel (with Thomas Hellman) and Alain Bergé (with Jordan Officer).

Much of Sage’s musical training occurred while completing his Bachelor of Music Degree, Majoring in Jazz Performance (double bass), at McGill University (2000), where he studied composition & arranging with Jan Jarczyk (RIP), Kevin Dean, Joe Sullivan, & Christopher Smith. Other training has included several years of private study (w/ Jordan O'Connor, Michel Donato, Alec Walkington, and others) as well as participation in numerous masterclasses and seminars, including bass masterclasses (Mark Dresser, Drew Gress, Larry Grenadier, Dave Holland, Dezron Douglas) and participation in The International Jazz Workshop at The Banff Centre for the Arts (1999), where he played and studied with Dave Douglas, Joe Lovano, Dave Holland, and Kenny Werner. This workshop included the exploration of many different approaches to composition, including serialism, the use of multiple metres & time signatures, and writing using improvisation. More recently (2021-2022), Sage has been doing coaching sessions in orchestration, composition, and marimba performance with some of Montréal’s most talented artists.

“...(I) really enjoyed your writing and, especially, your bass-playing..."

With a band name like Life in Winter, one almost expects a sound evoking imagery marked with Cohen-like duality and contrast—hardships and the beauty of survival, the blizzard and the serenity that might follow, or the search for warmth on the coldest days. The eponymous debut from the Montreal three-piece founded by songwriter Sage Reynolds delivers subtle and endearing textures that manage to comfort in a similar way a glass of Scotch—or hot chocolate—would during a snowstorm; the record’s themes, however, are about more than just escaping winter doldrums, and the longing is more than just seasonal.

Sonically nestled in between singer/songwriter folk and an indie-rock-pop backdrop, Life in Winter embraces a landscape that reflects the season it wishes to depict, resulting in production that plays to the band’s strengths: strong musicianship, quality songwriting, and live-like dynamics that seem to mimic the ups and downs of searching for love and purpose in a cold, cold place.

Likely intended as a concept record from its very beginning—the band’s name may have served as some sort of unavoidable self-fulfilling prophecy in that respect— the end result is a clear and unified theme dragging its boots through the sleet, while longing for winter’s bluest skies. On Full Blue, Reynolds sings ‘Now my heart’s wild fire, white hot, clear desire / I found the real thing, with mittens on, Winter Lady, warm sapphire’, capturing both the longing and the contrast this record seems to bring forth so strongly.

The debut album was launched at Casa del Popolo last Monday as Hurricane Sandy swept over the East Coast, and although Montreal only caught some leftover gusts, it almost seemed fitting for Casa to play the role of port in a storm for the occasion. Joined by four additional musicians on stage, the band played the album in its entirety, front to end. With songs such as Wood Fire—already a highlight on the record—reaching even more palpable highs when played in front of an audience, Life in Winter proved to be a worthy live band—one worth seeing more than once. ‘I’ll make the fire again with wood a little drier / We’ll walk the land tomorrow with hearts a little lighter,’ sang Reynolds, inviting the listener to come along. And it made you want to go along. By seeing its shadow this week, Life in Winter reminded me that there are only six weeks left until winter. More importantly, it reminded me that this is not necessarily such a bad thing.

“...I was tuning-in on CHOM and I got to hear some incredible local bands on The Rockman show, especially Life in Winter, and (their) song Wood Fire, this is great stuff! .... Canadian content is something that (radio has) to do in Canada, and rightly so, and opening it up a notch further and (giving) local bands the opportunity to get their stuff on the air is great. I love this approach, especially that band: Life in Winter. I just bought their single! Good stuff. Good music and good musicians.”

Montreal based Life In Winter seem perfectly aligned with the hugely popular alt. folk-rock genre, originally initiated (and latterly influenced) by groups like Crosby, Stills and Nash, and now best exemplified by million-sellers such as Fleet Foxes and their ilk. The five-piece, led by songwriter Sage Reynolds, have been honing their craft since 2007, and all those years spent rehearsing and practicing have paid dividends on their debut collection, an enthralling nine track effort, dripping with luscious harmonies and spirited, accessible tunes.

In fact, pretty much the first thing you’ll hear on their debut is blended vocals. The trio of singers, Reynolds, Sheenah Ko and Rich White have all the rich compatibility of a sibling troupe, and while wordsmith Reynolds is usually to be found at the front of the mix, it’s the interaction between the three where much of the magic happens. To reiterate, opening track “Flight” begins with a harmonious sweep of voices, and the effect is almost choral,before guitars and keyboards add ‘rock’ structure. It’s an elegant launch to a record that repeatedly hits polished highs. One of those is the outstanding “Lone Rider”. Delivered with pace, it’s propelled by a combination of needle sharp guitar and Reynolds’ uncompromising vocal. I could listen to it all day,and may just do so.

The first CD from Montreal bassist Sage Reynolds is better than most debuts have a right to be.

It's nine varied compositions distinctively blend accessible melodies and grooves with jazz sophistication. Reynolds' quartet bandmates –trumpeter Bill Mahar, guitarist Kenny Bibace and splashy, dramatic Ottawa-raised drummer Stef Schneider – are all their own men, eloquent, lyrical and powerful as needed. The horn-guitar combination floats pleasingly over the heavier groove of Reynolds and Schneider, and together, the four musicians display a real sense of purpose.

Sage Reynolds, who last year won the Étoiles Galaxie award and, this year, is nominated for the Grand Prix du Jazz General Motors award, is not the furious type. His universe is made of subtle mixtures of colours,screened interactions and very beautiful melodies. Welcoming and accessible jazz. Every ingredient leading to popularity is there. As for me, I have a liking for his song Meat Cove, where the trumpet has kind of an oriental twist.

This is the fourth year that the all-music network of Radio-Canada – Galaxie – has been associated with the Grand Prix de Jazz de General Motors. This year's Prix Étoiles Galaxie de Radio-Canada is going to Sage Reynolds composer of the pieces “On the Wall” and “Saturday Afternoon,” considered by the jury to be the best compositions presented in this year's contest. The prize includes $5000, plus the visibility Galaxie can offer through its cross-Canada all music network, as well as in its magazine which is distributed to thousands of readers. Supporting rising stars like Sage Reynolds is among Galaxie's top priorities.

Sage is currently teaching private study (bass, double-bass) at Concordia. He also coaches jazz combos at The McGill Conservatory of Music, and private lessons (bass, double-bass, theory, composition, songwriting, music production) from home, as well as at the homes of students. Sage can teach/coach remotely and recently taught an online mini-course on Jazz Immersion at The McGill Conservatory of Music.