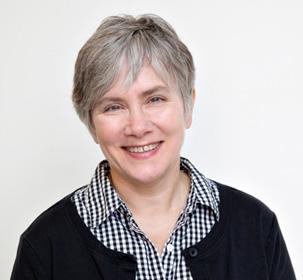 Liselyn Adams moved to Canada after completing her studies at the New England Conservatory, Boston University, and the Royal Conservatory of the Netherlands. Equally at home on the modern and baroque flutes, she has performed as principal flutist with the Studio de musique ancienne de Montréal, the Carl Philipp Ensemble, Les Nations de Montréal, and as a guest soloist in many cities in North America. She is a founding member of the Blue Rider Ensemble, where her passion for collaborative composition, improvisation and instrumental theatre has grown since 1990. Liselyn has been a faculty member at Concordia University since 1980, teaching courses from music history and theory to chamber music and contemporary performance. 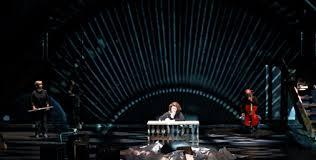 history is what it is

Five Memos
Music is a Beautiful Disease
One says. History is.
Cantabile

and as he from Mounting Picasso

Frankenstein's Ghosts
Staged multimedia performance with music created by Blue Rider Ensemble, choreography by Michael Montanaro, video by Jérôme Delapierre, sound by Navid Navab, texts by Ann Scowcroft. Performances and film capture 2011-2013. Based on Mary Shelley's novel, the work of researchers and graduate students in ethics and psychology, and the full cast.