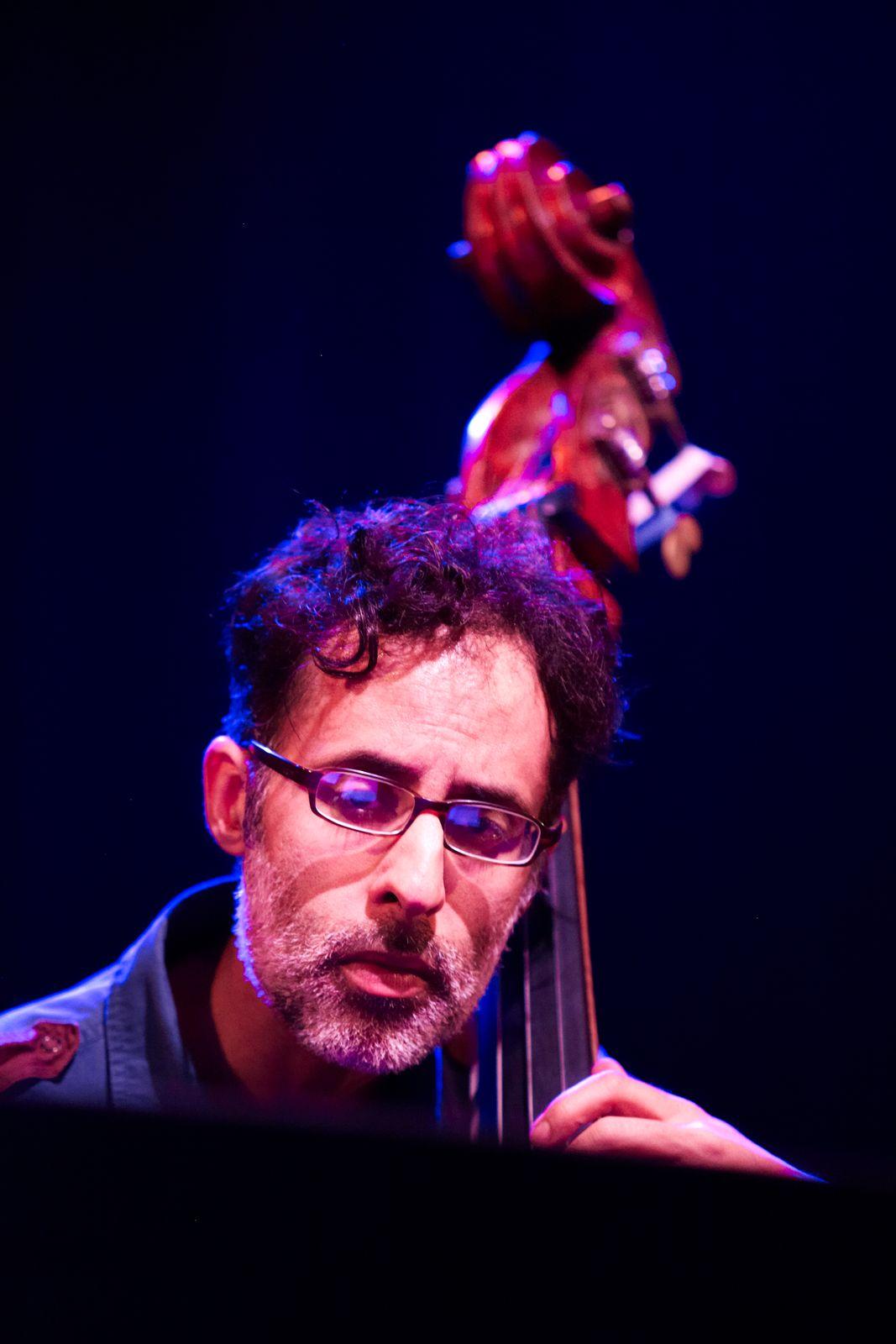 Adrian Vedady is one of Montreal’s finest jazz bassists. Since 1998 he has been performing, recording and touring nationally and internationally. He is known for his beautiful sound, his creativity, his ability to connect with a broad array of musicians and his soulfulness.

Adrian Vedady has received two composition grants from the Quebec Council for the Arts in 2005 and 2009. He has also received a FACTOR recording grant in 2007 which led to the recording of his first album as a leader In Three Acts. In 2014, he won a Juno award for best jazz album with Mike Rud's Notes on Montreal project. In 2020, he won another best jazz album Juno award with Jacques Seguin's Migrations.

In January and February, Vedady recorded two albums. The first is with Jim and Chet Doxas, who he has been performing with for the last 10 years, and the great American pianist, Marc Copland. It will be released at the end of the year on Justin Time records and will feature a new composition by Adrian entitled Temporal. The second is with CODE quartet which is comprised of Christine Jensen, Lex French and Jim Doxas. It will be released in late2020/early 2021 on the FAM Group label. It will feature two compositions by Adrian entitled Requiem and Watching it All Slip Away.

Adrian is currently in confinement, like all Canadians, with his family. He is enjoying the time to practice double bass and cello (a recent endeavour), compose, cook and exercise. He plays music with his wife and pianist, Kate Wyatt, and his two children, violinists, Jun and Alden Wyatt-Vedady.

“Adrian Vedady should be considered as oneof Montreal’s best double bassists. The quality of his rhythmicaccompaniment, the fluidity of his phrasing, the clarity androundness of his lines makes him one on the most importantcontributors at the heart of the local scene.” -Alain Brunet, LaPresse, 2009.