Guylaine Dionne has been working in film and television for more than 30 years, both in fiction as well as in documentary. She has directed several projects, such as the short film Les Frissons d'Agathe, and Les rêves secrets des Tarahumaras, which was nominated for a Gémeaux as Best Documentary Series. She oversaw the production of Amérique 500 in ten countries all over the Americas, which lead to a Gémeaux nomination for Best Research and a Gémeaux award for Best Documentary Series. Her first feature-length fiction film, Les Fantômes des Trois Madeleine, premiered at the Director's Fortnight of the Cannes Film Festival in 2000, and went on to play festivals all over Europe, and North and South America. Her 2004 docu-drama Mary Shelley won the Lanterna Magica award for best documentary in Tours, during the Festival l'Encre à l'écran. Dionne was the recipient of the 2006 Don Haig Award in celebration of her work as a creator both in fiction and in documentary. Her latest feature film Serveuses Demandées is a compassionate, complex drama release in cinema in Canada and abroad. Last June, Dionne last documentary was officially invited for the Asian Premiere screening in the New Currents section at the 20th SEOUL International Women’s Film Festival(SIWFF), which had be held from the 31st May to 7th June in 2018. Contemporary Women Filmmakers: The State of Things was co-directed with Rosanna Maule. 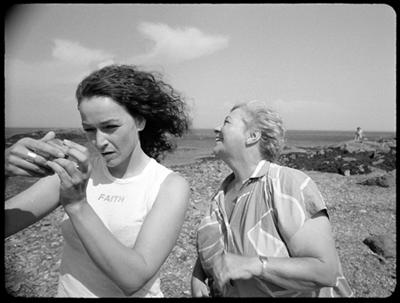 Still from Les Fantômes des Trois Madeleine
Back to top