Dr. David Douglas has taught in the School of cinema since 1990. His principle areas of teaching are early film history, Cuban cinema and Canadian cinema. He has also taught a number of courses on the business, politics and ideology of the American film industry. Other courses of instruction have included, World Cinema(s), Bollywood, Film Theory, and the Musical. He is a contributor to South American Cinema: A Critical Filmography 1915-94 (U. of Texas Press, 1996) and Guide to the Cinemas of Canada (2001). He has also published in the Canadian Journal of Film Studies and Cinema Canada.

As creator of the Pioneers in Independent Canadian Cinema Project, he has been responsible for the restoration and dvd release of Larry Kent's The Bitter Ash (1963), Sweet Substitute (1964), When Tomorrow Dies (1965) and High (1976), along with Clarke Mackey's The Only Thing You Know (1971) and Frank Vitale's Montreal Main (1974). Since 2007, Dr. Douglas has been a regular Visiting Professor, teaching Avant-garde Cinema, at the

Escuela Internacional de Cine y Television in San Antonio de los Baños, Cuba. He has also taught in the Altos Estudios program of the EICTV. Dr. Douglas is a past Chair of the Canadian Filmmakers Distribution Centre and past Vice-president of the Film Studies Association of Canada (2009 - 2011). 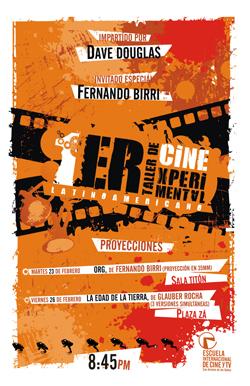