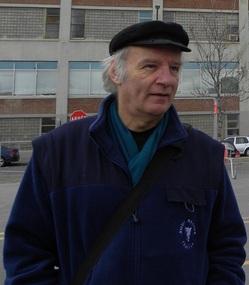 Jean Bélisle retired from the Department of Art History in 2012 after coming to the department in 1979. He received his doctorate in 1983 from the Université de Paris IV; his thesis dealt with the ship-carving phenomenon in Quebec. He has been involved with several major research projects such as L'architecture vernaculaire de l'archipel Saint-Pierre et Miquelon with the French CNRS, the Molson project - an underwater archaeological excavation of an early steamboat. He is currently working on the final synthesis of this project. He is also involved in a major study of industrial architecture along the banks of the Lachine Canal for the federal government. He has published La sculpture traditionnelle au Québec (éditions de l'Homme 1986) with John Porter. In 1994 he wrote a children's book on his research A propos d'un bateau à vapeur (HMH 1994) for which he won an award from the Quebec Science Teachers Association. He has also curated such exhibitions as Cast Iron Architecture in Montreal (1979), Bienvenue à Bord (1989), Regard sur un paysage industriel (1992). In his many years with the Department of Art History, Jean taught undergraduate courses in Canadian art, experimental and industrial archeology, architecture and urbanism, sculpture and Mayan culture. His graduate teaching focused on

Canadian architecture in Montreal during 1642.