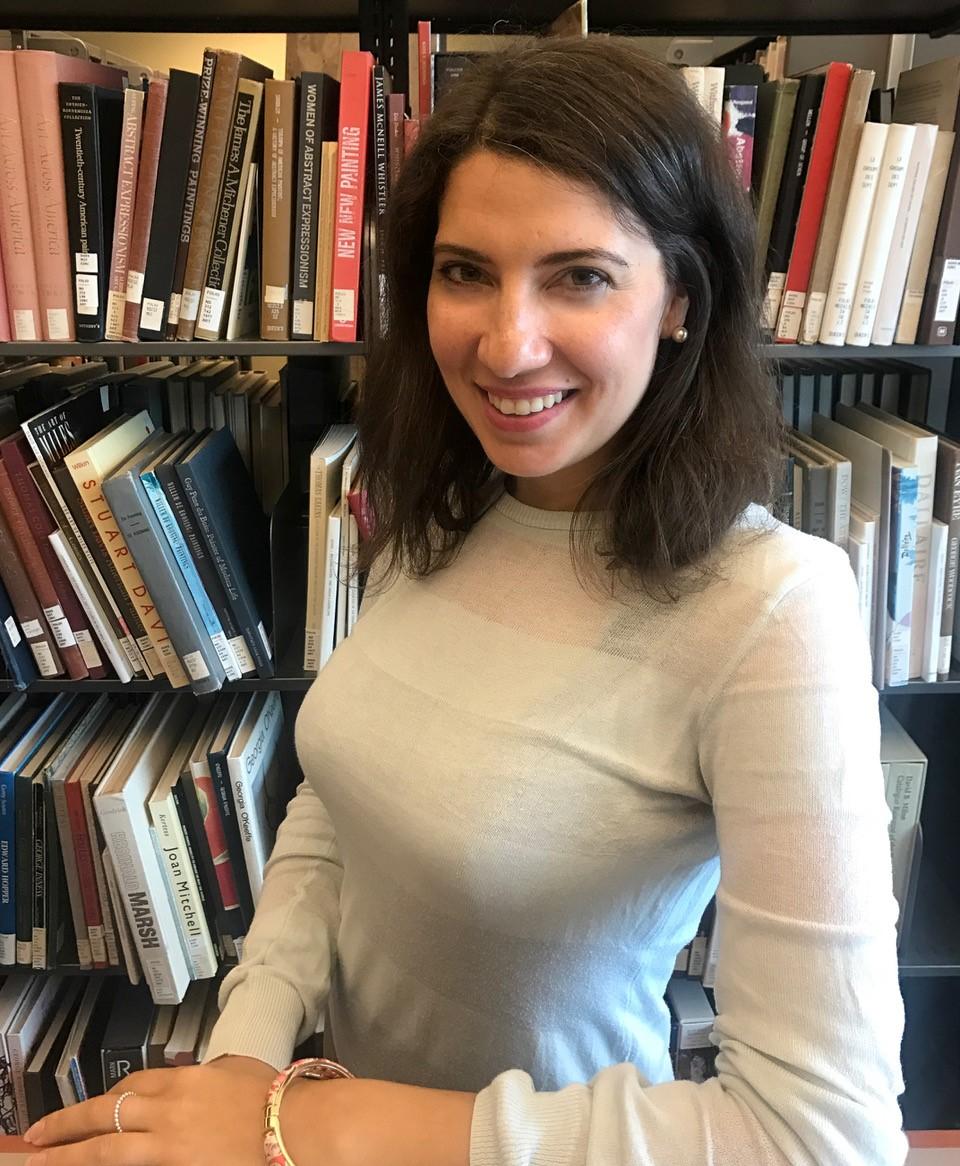 FRQSC Postdoctoral Fellowship (2020-present)  "Of the Garden and Time: The Power of Eve's Body in Romanesque Sculpture, and Narratives of Identity." Institute for Culture and Society, Religion and Civil Society Research Group, University of Navarra, Pamplona, Spain.

Ph.D. (2018) "All About Eve and Other Stories: Representations of Eve in French Romanesque Sculpture." Art History, Queen's University, Kingston. 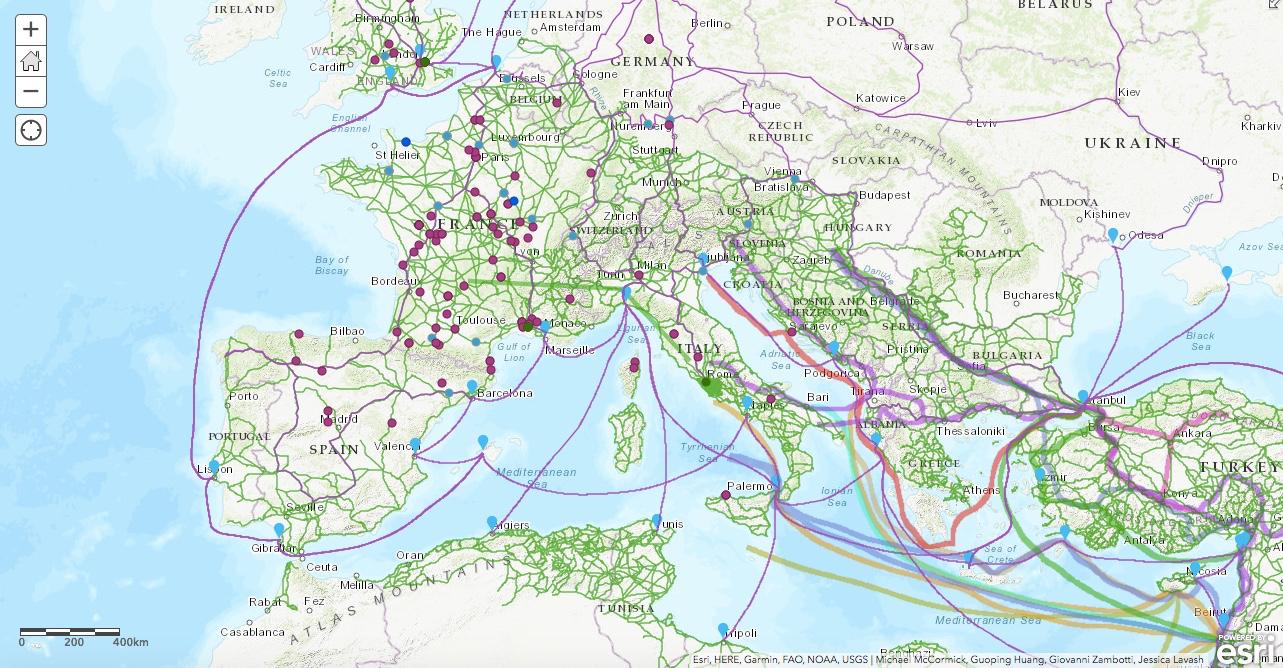 All About Eve and Other Stories: Representations of Eve in French Romanesque Sculpture (and more), Interactive Map. ArcGIS, 2018.

Forthcoming. All About Eve and Other Stories: Representations of Eve in Romanesque Sculpture. Medieval and Early Modern Europe and the World Book Series. Turnhout: Brepols Publishers.

Forthcoming. "Chapelle Saint-Gabriel, Provence: A Study of Spolia, Gesture, and Sacred Drama." Peregrinations: Journal of Medieval Art and Architecture 8, no. 2.

2018. “All About Eve and Other Stories: Representations of Eve in French Romanesque Sculptures (and More).” Interactive Map. ArcGIS. https://arcg.is/10bL4u

2020
6th European Congress on World and Global History : Minorities, Culture of Integration, and Patterns of Exclusion (Turku, Finland)
"Meaning in Translation: Issues of Spolia and Temporality in Medieval Christian and Islamic Architecture"  2019
One Week Seminar - Department of History, Art History, and Geography (Universidad de Navarra, Pamplona, Spain)
"Not So Dark After All: Medieval Art and Thought" (visiting scholar)

2017
Congress of the Federation for the Humanities and Social Sciences (Toronto) "Église Saint-Martin-de-Besse, Aquitaine: A Case Study of Eve's Romanesque Body and Decorative Patterns"

Of the Garden and Time: The Power of Eve's Body in Romanesque Sculpture, and Narratives of Identity

Considering the close connections and filiation between literature and material culture, as well as the manifestation and performance in time and space of the monumental body of Eve, this research examines how Romanesque artistic and performative innovation offers new iconographies that challenge and create a dialogue with textual analogues and liturgy.

Focusing on a dataset of 178 representations of Eve, it also explores through three case studies the tensions between depictions of the body of Eve and their theological, literary, and cultural significance in the context of twelfth-century monumental sculpture. It addresses the powerfully staged images of the female body within a culture of spiritual effervescence, through liturgy and the sacraments.

This innovative project pursues a synthetic approach that combines methods from art history, philology, theology, philosophy, and digital humanities. It makes interdisciplinary connections between material culture, historiography, theology, as well as medieval vernacular literature, sacred plays and the concepts of time and space. Engaging formal analysis, ethics and gesture, semiotics, and feminism, the research outputs situate the project within the digital humanities through a database, statistics analysis, and interactive, collaborative map.

Eve and St Lazarus in Time of Leprosy: A Study of the Romanesque Body and Homo Sacer

Bringing a novel understanding of the lintel fragment of Autun (ca. 1120), this research examines the ex situ sculpture of Eve from Autun in the context of the cult of Saint-Lazarus, the concept of Homo Sacer, and the church's peculiar pilgrimage intertwined with leprosy and its reception.

It first presents the historical and archaeological context of Saint-Lazare Cathedral followed by a historiographical overview of the sculpture. It then proposes an overview of the medieval understanding of leprosy and the cult of Saint-Lazarus. The project is also concerned with Giorgio Agamben's Homo Sacer: the sacred man, one that may be killed and yet not murdered and who, like a leper, is both holy and damned.

Following a thorough analysis of Eve's body and its meaning within the cathedral's north portal sculptural programme, this project also provides a discussion of a possible alabaster copy which hints towards the lintel's original composition, which included the now missing Adam. Finally, exploring the meaning of Eve's flesh, the research enables a complex repositioning of her body, not only as an intersection of multiple narrative sequences from Genesis, but also as a connecting agent of the Genesis narrative to the cathedral’s pilgrimage function, the cult of its patron saint, and its numerous pilgrims suffering from leprosy.

Focusing on the presence of women on the Way of St James in Navarra (Spain), the project involves villages and towns along an alternative medieval route. The project aims to highlight Classical and Medieval artworks representing women, as well as propelling rural economy and agro-eco tourism in the region.