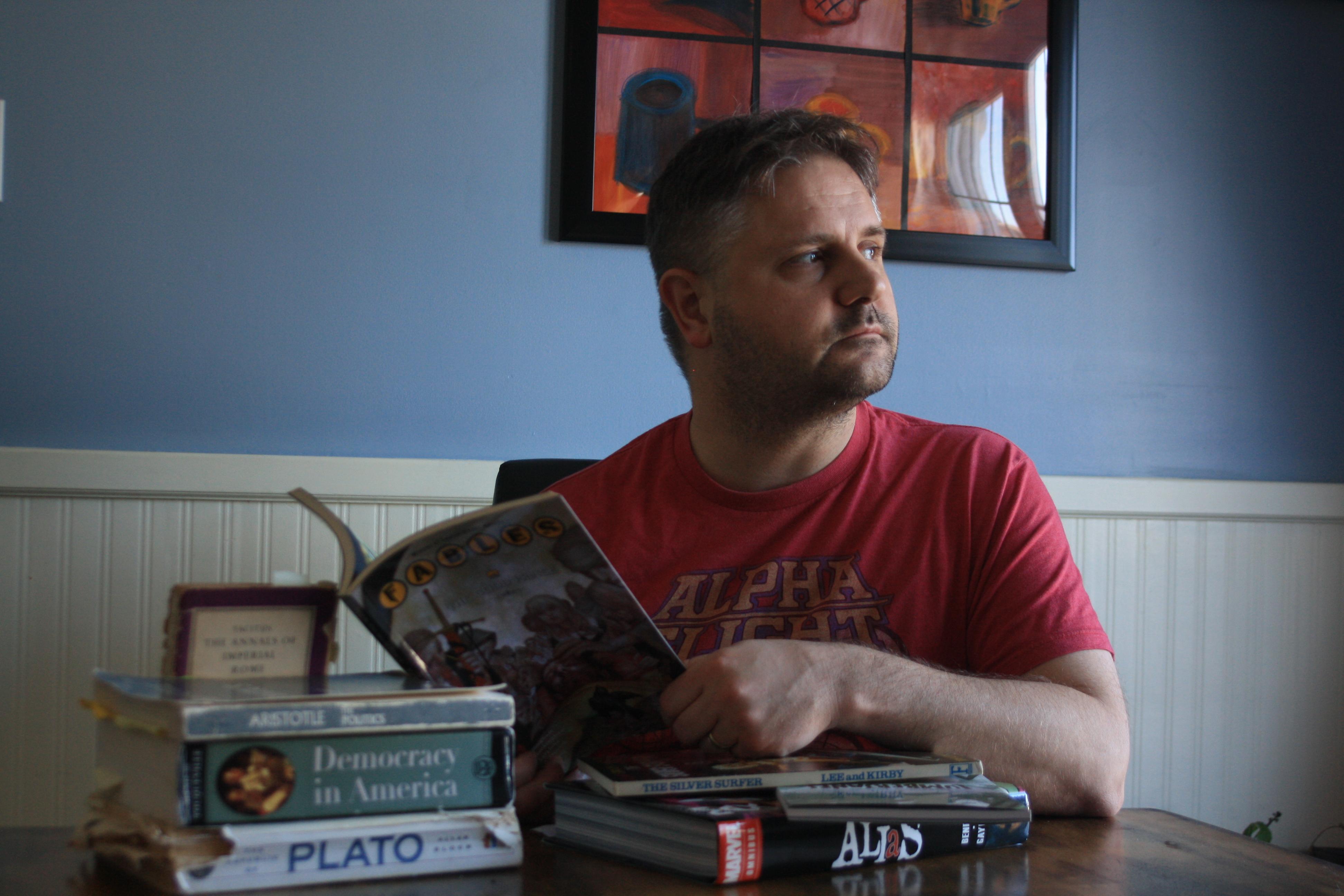 Professor Smith is principally interested in the intersection of politics, religion, and science, especially in early modern political philosophy. He is also interested in the relationship between storytelling and education.

His publications include examinations of the ideas of Francis Bacon, Thomas Hobbes, and Alexis de Tocqueville.


"Despotism often presents itself as the mender of all ills suffered"
Alexis de Tocqueville, Democracy in America, I.ii.6

"Alexis de Tocqueville and the Uneasy Friendship Between Reason and Freedom." Co-authored with Jin Jin. In Critics of Enlightenment Rationalism. Edited by Gene Callahan and Kenneth B. McIntyre (Palgrave Macmillan, 2020), 33-46.

"Harvey Mansfield: Teaching Not Differently, But Further Than the Parties." In Teaching in an Age of Ideology. Edited by John von Heyking and Lee Trepanier (Lexington Books, 2012), 217-43.

“Forgiving Those Not Trespassing Against Us: Hobbes and the Establishment of the Nonsectarian State Church.” In Civil Religion in Political Thought: Its Perennial Questions and Enduring Relevance in North America. Edited by Ronald Weed and John von Heyking (Catholic University of America Press, 2010), 93-120.

“Amoral Dilemmas and the Temptation to Tyranny in A Simple Plan.” In Damned If You Do: Dilemmas of Action in Literature and Popular Culture. Edited by Margaret Hrezo and John Michael Parrish (Lexington Books, 2010), 189-209.

“Hobbes on Getting By with Little Help from Friends.” In Friendship and Politics: Essays in Political Thought. Edited by John von Heyking and Richard Avramenko (University of Notre Dame Press, 2008), 214-47.