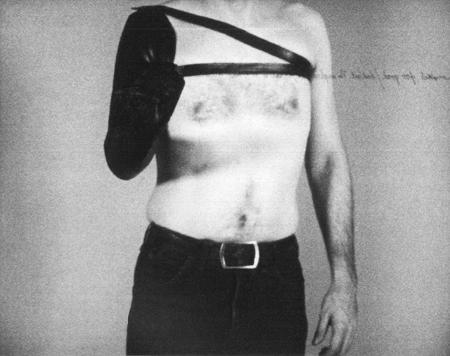 Tim Clark's early research/creation {exhibitions 1978 - 2011} activity focused on the development of projects in the areas of photography,performance, and, film and video based installations that addressed issues ofphilosophical aesthetics, the ethics of social conflict, and, above all, the“argument from apophatic theodicies“. This work has been presented in suchexhibitions as the "Biennale deParis", held at theMusée d'art moderne de la ville de Paris, France, and the "O Kanada" Exhibition at the Akademie Der Kunste, Berlin,Germany. In Canada at the National Gallery ofCanada, the Muséed'art contemporain, Musée des Beaux-Arts de Montréal, the Musée du Québec, Ex Centris in Montréal, and,  at theLeonard & Bina Ellen Gallery at Concordia University where, in 2008, theGallery mounted a major retrospective  ofthat productioTim Clark. Reading the Limits : Works/Œuvres 1975-2003. Finally, in  2012 as part ofthe first comprehensive, curatorial examination of Conceptual Art practices inCanada, TRAFFIC:CONCEPTUAL ART IN CANADA 1965 - 1980, Justina M.Barnicke Gallery, University of Toronto.

Since 2010 Professor Clark has exclusively addressed the formulationof an genealogical critique with regards to the First and Second EcumenicalCouncil’s of Nicea‘s {AD 325 / AD } and their profound impact on the history of modernity. When concluded these Councils laid a semina discursive socio-institutional groundwork for one of the central postulates of modernist and postmodernist anthropologies __ “The Argument from {Human} Creativity.In particular, the Council‘s promulgation of the first set of unified Christian theological doctrines. While the emergence, during this period, of thedoctrinal dyad drawn between creatio ex nihlo and creatio ex materiais of seminal importance for , to focus exclusively on this dichtomony would beto severely weaken the overall importance what was formulated during the periodleading up to, and, concluding with the Second Council. One could argue that atthe heart of these doctrinal disputes was a set of foundational discourses thatboth informed, and constrained the development of a profoundly important theological anthropology and theo-metaphysics of representationalism. Amongst these are: one, a trichotomic, theological anthropology and the first doctrinal formulation of autonomous personhood; two, the alteritisticdyad of creatio ex nihlo and creatio ex materia and its doctrinal corollary, the distinction between infinitude and finitude ; three, thealteritistic distinction between the dyad of empirical unfreedom - creaturely freedom, and, God’s self-subsistent, unconditioned freedom ; four, thedoctrine of Imago Die_, and, five,the proposal of a theo-metaphysics of representationalism to resolve theiconoclastic debate over the theological and normative status of iconic representations. 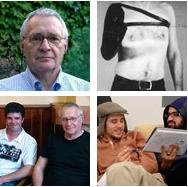