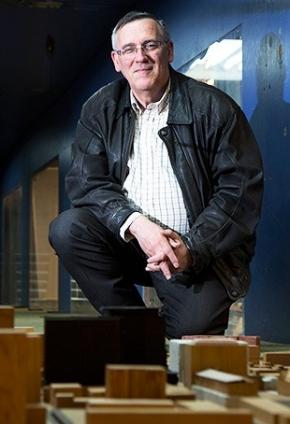 Dr. Stathopoulos obtained his Civil Engineering Diploma from the National Technical University of Athens, Greece, and obtained his M.E.Sc. and Ph.D. from the University of Western Ontario (1979). He has been awarded with two Honorary Doctorates in 2011 by Aristotle University of Thessaloniki (Greece) and in 2015 by Eindhoven University of Technology (The Netherlands).
In 1979, he joined the Centre for Building Studies at Concordia University. His work in the area of wind engineering and building aerodynamics has received national and international recognition. He was promoted to the rank of Associate Professor in 1982 and the rank of Professor in 1987. He has been Associate Director of the Centre for Building Studies for the years 1983 to 1995. In 1993, he was appointed Associate Dean of the Faculty of Engineering and Computer Science, a position he held until 1998 when he became Director of the Centre for Building Studies for the years 1998-2001. He was Associate Dean of the School of Graduate Studies at Concordia University from 2003 to 2010.
Dr. Stathopoulos has established an excellent teaching record at both the undergraduate and graduate levels and has also been active in the development of educational models. He has also received several awards for providing excellent teaching services, including the Concordia Council on Student Life Teaching Excellence Award in 1997, the Alumni Award for Excellence in Teaching in 2006, the ENCS Teaching Excellence Award in 2011, the President's Excellence in Teaching Award in 2012, the Honoris Genius for Engineering Research / Education Award by the Ordre des Ingenieurs du Québec in 2020. In parallel, he has an outstanding research record with more than 600 publications in refereed journals and conference proceedings. His work in the area of wind engineering and building aerodynamics has received national and international recognition. It forms the basis for wind design of low-rise buildings in 1980, 1985, 1990, 1995, 2005, 2010, 2015, and 2020 National Building Code of Canada. Furthermore, it has been partly included in the 1982 American National Wind Standard (later ASCE 7-88, 93, 95, 98, 02, 05, 10, 16, and 22) and in other building design codes and standards.
Dr. Stathopoulos has established the Building Aerodynamics Laboratory at the Centre for Building Studies (later Centre for Zero Energy Building Studies) and has developed, in cooperation with Dr. D. Surry of the University of Western Ontario, the so-called “pneumatic-averaging technique” for the measurement of area-averaged fluctuating wind pressures on buildings. This technique has been used routinely around the world. He received the Best Paper Award for the paper entitled “Wind-Tunnel Studies of Buildings and Structures” published in the ASCE Journal of Aerospace Engineering in 1996. Dr. Stathopoulos' research has been receiving continuously significant support from NSERC (operating, equipment, strategic, discovery, cooperative research and development grants), FCAR, later NATEQ and FRNQT (operating and equipment grants), and several other organizations. Dr. Stathopoulos has participated actively in numerous external bodies including the ASCE Standards Committee of Minimum Design Loads of Buildings and Other Structures. He has been elected as America’s Regional Representative in the Executive Board of the International Association for Wind Engineering – IAWE (2003-2007 and 2007-2011) and a consultative member of the Board (2011-present); the Board of Directors of the American Association for Wind Engineering – AAWE (2003-07); convenor of the International Standards Organization (ISO) TC 098 / SC03 /WG 02 “Wind Action on Structures” on behalf of Standards Council Canada (SCC) (2022- present); elected member of the National Building Code of Canada (NBCC) Standing Committee on Structural Design (SC-SD) – Task Group on Climatic Loads (TG-CL) (2015-present). He has served on several ASCE bodies and chaired the Aerodynamics, the Experimental Analysis & Instrumentation, as well as the Wind Effects Committee of ASCE; elected member of Minimum Design Loads for Buildings and Other Structures Standards Committee ASCE 7 (1986-present); Executive Committee of ASCE Aerospace Division (1997-2002), Vice-chair (1999-2000), Chair (2000-2001), Past Chair (2001-2002) and a member of Advisory Board (2002-present);  member of ASCE Publications Committee (2007-2010); ASCE Committee on Structures and Dynamics (1990-2005); ASCE 49 Standards Committee (2017-2021); and a member of Structural Wind Engineering Committee (SWEC) (2007-present), chair of Sub-Committee on Wind Loads on Solar Panels (2013-present).
Dr. Stathopoulos has been invited as keynote speaker, chairman, and rapporteur in short courses at national and international conferences taken place in Canada, the U.S.A., Europe, Japan, and Australia. He has been a consultant on numerous projects on issues related to wind-building interaction. He has acted as an expert witness on cases related to wind-building interaction. He also has the industrial experience, gained before his engagement in research. He has been honored by the American Association for Wind Engineering and he received the 1997 Engineering Award of the National Hurricane Conference for his “exhaustive studies leading to the adoption of the new ASCE-7 Minimum Design Loads for Buildings and Other Structures which is already leading to safer, more hurricane-resistant construction in many areas”. He received the ASCE Aerospace Division’s Outstanding Professional Service Award for the year 2004, the 2009 Jack E. Cermak Medal of the Engineering Mechanics Institute of ASCE, the 2010 Best Paper Award for the paper entitled "Numerical Simulation of Dispersion around an Isolated Cubic Building: Model Evaluation of RANS and LES" published in the Journal Building and Environment, the 2010 Concordia University Research Fellow Award in the strategic research cluster ‘Technology, Industry and Environment, the 2011 Outstanding Achievement Award from the Dutch-Flemish Wind Engineering Association, the 2012 Alan G. Davenport Medal of the International Association for Wind Engineering, the 2013 Japan Association for Wind Engineering Award in recognition of his contribution to the outstanding publication of Advanced Structural Wind Engineering; the 2018-2019 Gina Cody School of Engineering and Computer Science Research Award (Research Fellow, Tier I). Also, he is recognized by the Atmospheric Environment Journal as a Highly Cited Author for the years 2007-2010 for the paper entitled "CFD Simulation of the Atmospheric Boundary Layer: Wall Function Problems" published in the Journal Atmospheric Environment
Dr. Stathopoulos has been appointed Editor of the Journal of Wind Engineering and Industrial Aerodynamics, as well as an Editorial Board member of several prestigious journals in his field. He was named a member of the Visiting Professor of the "111 Talents" Project at Beijing Jiatong University and Chongqing University in China (2014 to 2019 and 2018 to 2023); and a Distinguished Professor in Building Physics, Urban Physics, and Wind Engineering at the Technical University of Eindhoven in The Netherlands (2015 to 2019 and 2019 to 2023). 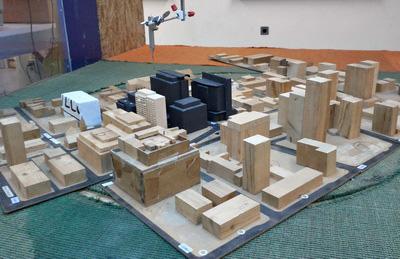 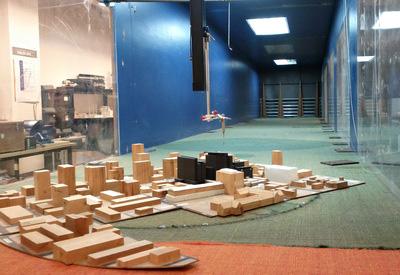 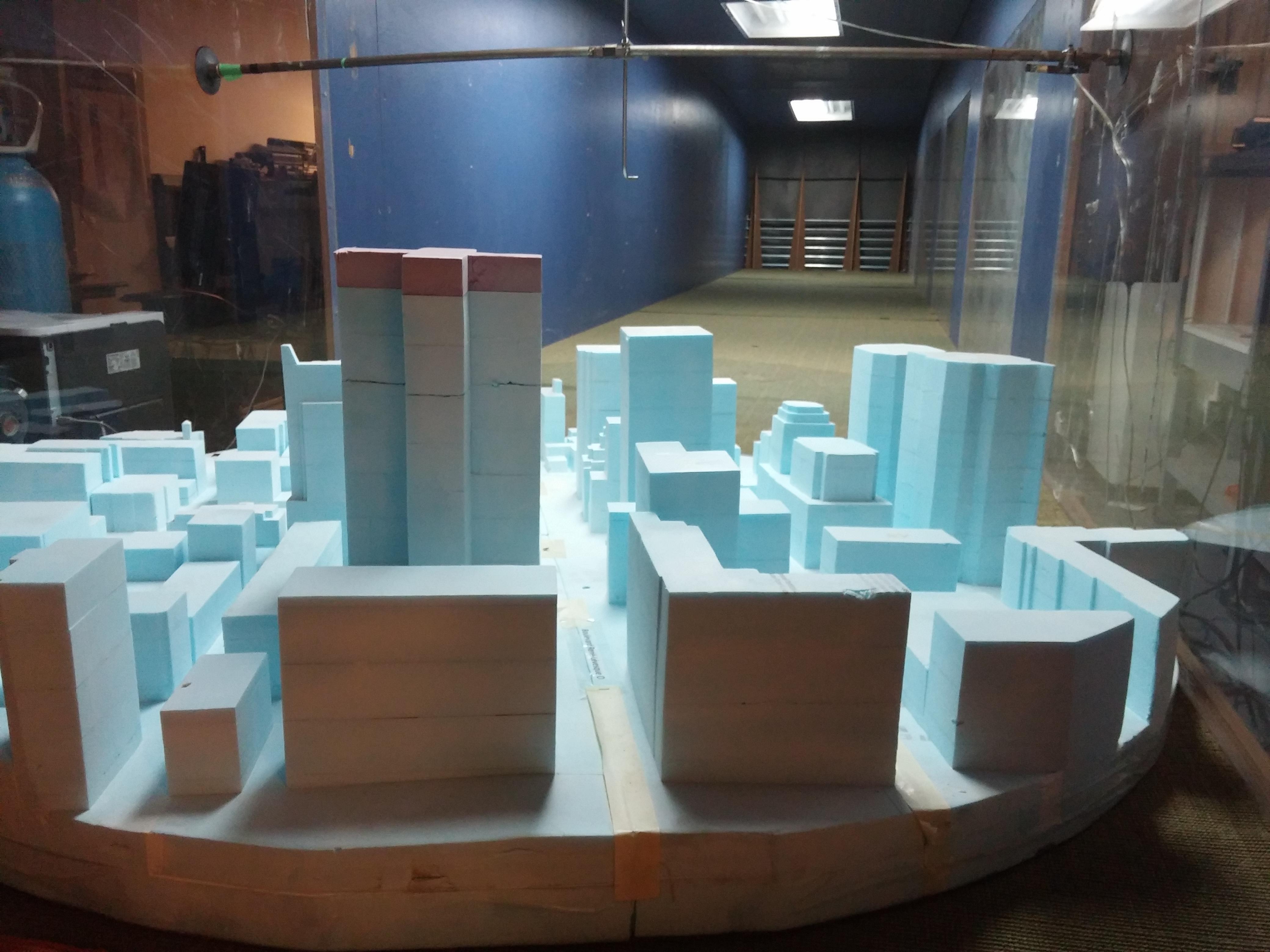 Solar panels are lightweight structures and wind pressures on their surfaces may be critical and may affect their structural integrity. Current wind codes and standards of practice provide emerging design provisions for common configurations of solar panels. Despite the amount of research that has been conducted to enrich the knowledge in wind-induced loads on solar panels, research in this area is still lacking and producing contradictory results. There are still many obstacles to the appropriate wind tunnel testing of these elements - scaling factors and blockage ratios are typical examples. Indeed, in order to fulfill the delicate scaling and instrumentation requirements for solar panel models in atmospheric boundary layer wind tunnels, larger models may be desirable. However, this condition may lead to unreliable wind simulations. Therefore, it is necessary to establish specific guidelines for wind tunnel testing of solar panels to be considered in subsequent experimentation to avoid the present ambiguities across previous studies’ results. Geometric test scaling is considered a key parameter in the simulation and has not yet been investigated adequately. It is then proposed that several wind tunnel experiments will be conducted at different scales (1:200, 1:100,1:50, etc.) in parallel with computational approaches based on CFD techniques. Then, comprehensive parametric experiments will be conducted to yield credible results for codification purposes and guidelines to be used by manufacturers and designers.

Cladding and secondary component wind pressure coefficients provided by the Canadian code for buildings with rectangular plans basically emanate from studies conducted 40-50 years ago. These coefficients have remained almost unchanged until this time. However, as the wind pressure measurement tools have significantly improved during the past 50 years, verification should be made for wind provisions of rectangular buildings using experimental data obtained by modern pressure measurement devices. It is planned to test several rectangular buildings with different roof slopes and shapes in the wind tunnel, including a nearly flat roof, 45°-gabled roof, and stepped roof buildings. Buildings with irregular (i.e., nonrectangular) plans such as L-shaped and T-shaped buildings have not received adequate attention from wind tunnel investigators. Therefore, wind loads on irregular buildings are described shortly and shyly, if at all, in the current building codes and standards. Numerous tests will be performed at the wind tunnel to create a dataset for irregular buildings which will be used to evaluate the design wind loads. In addition, the dataset will be used as a training set for a machine learning model to predict wind loads for irregular buildings.

Tuning the virtual wind tunnel for design of low-rise buildings

The use of computational fluid dynamics in wind engineering has rapidly expanded in the last decades in both scientific research and practical applications. Turbulence features in the lower atmospheric boundary layer, that interact with low-rise structures, consist of a very challenging modelling topic; especially for peak loads that are needed for design. Current state-of-the-art tools for estimating fluctuating wind loads on building envelopes are out of the computational reach of practitioners and introduce many complexities. To address that, a tuning procedure is researched between the virtual and the physical wind tunnel, based on simple assumptions and minimum computational burden. Wind tunnel experiments are used to extract velocity time-series, which are adapted to fit certain parameters. The adapted time series are then introduced in the computational domain, where the values of interest are calculated. Results regarding the turbulence statistics, spectral content and peak pressure coefficients on building envelopes correlate well with experiments. The importance of inlet conditions in computational procedures is highlighted and the adequate accuracy is discussed, as to create a uniform computational procedure for design of low-rise buildings against wind loads that can be easily applied by modern practitioners. 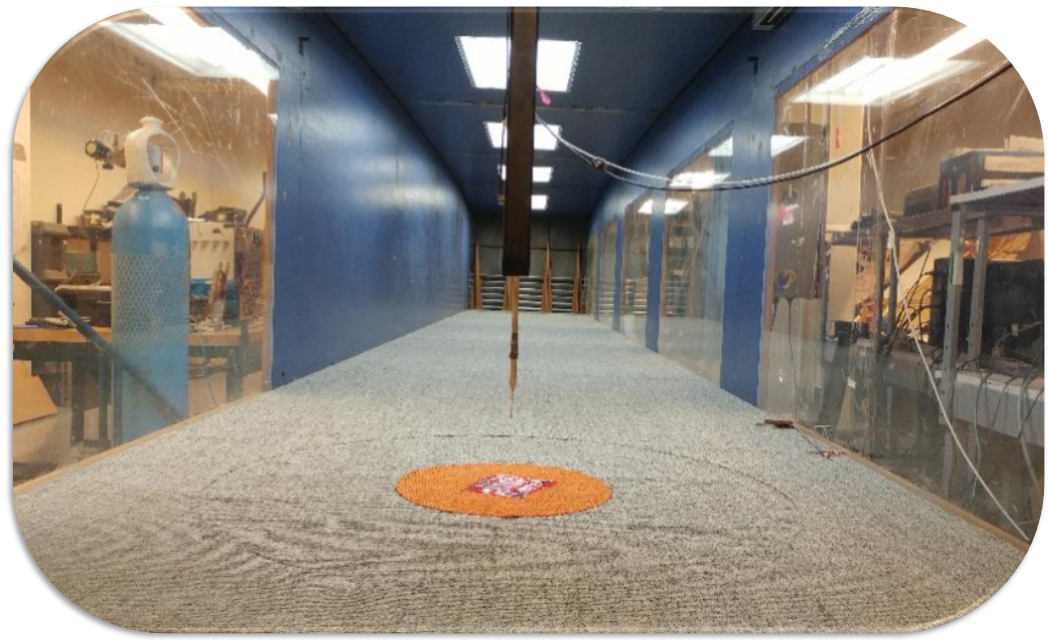 2011 – 2014 SSHRC to work on Peruvian Women’s narratives: Violence, Racism and Gender in National Post-Independence. In progress.

2002-2005 Social Sciences and Humanities Research Council of Canada to work on “A Literary Analysis of Peruvian Women Poets: 1900-1960”. Book published.

“Women's Word: From resistance to challenging the patriarchal culture", The Reordering of Culture: Latin American, The Caribbean and Canada in the Hood, A. Ruprecht & C. Taiana Eds. Ottawa: Carleton University Press, 1995: 235-250.

Articles on the web