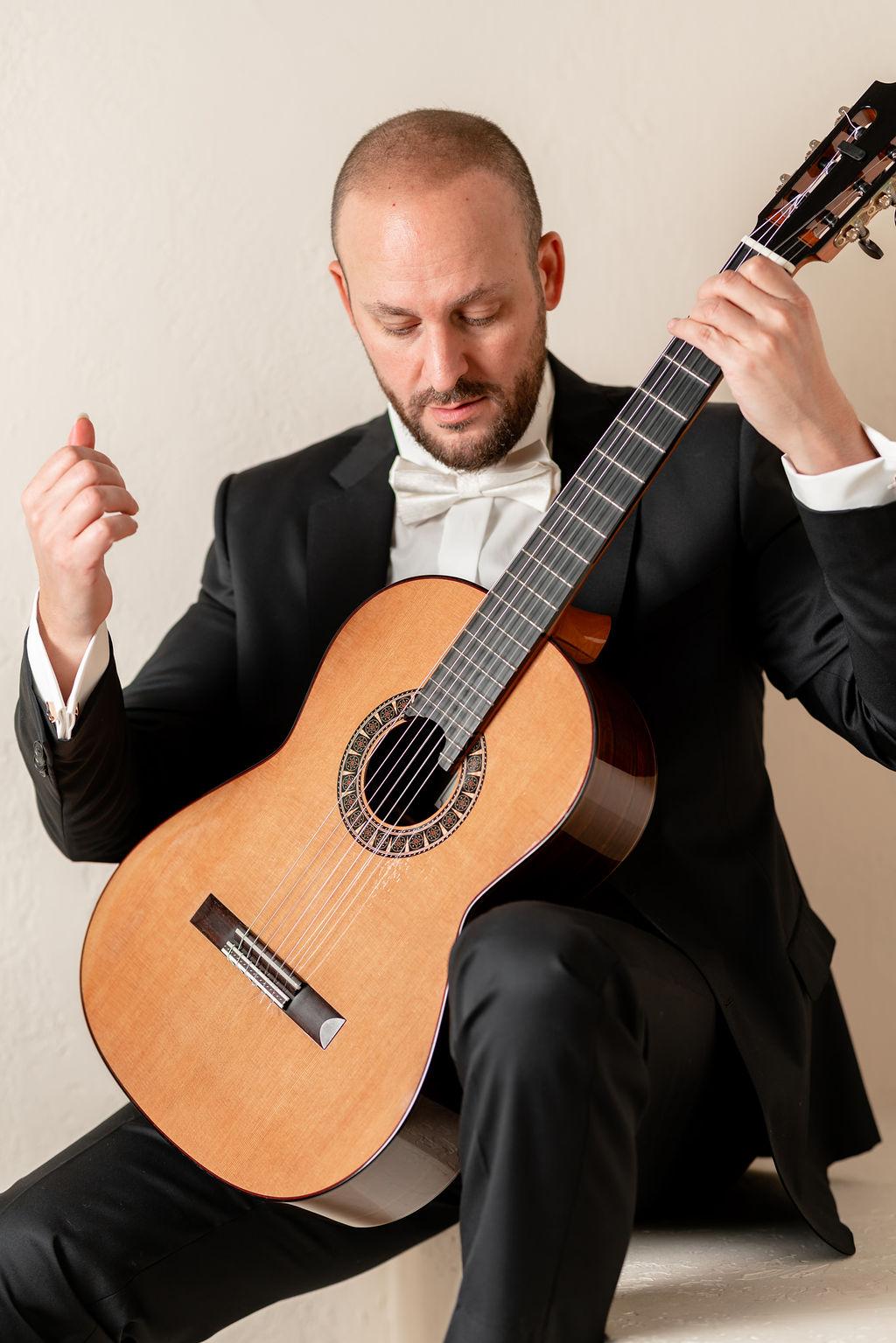 After winning both the First Prize and the Audience Choice Award in the Barrios WorldWideWeb Competition, the First Prize in the Montreal International Classical Guitar Competition, and the 'Governor of Tokyo' prize in the Tokyo International Classical Guitar Competition, Tariq Harb quickly established himself as one of the leading classical guitarists of his generation. "In record time, Tariq Harb's masterful command of melody and emotion shot him into the upper ranks of classical guitarists." (TED Global) His playing demonstrates "not just his flawless technique but also his refined taste and a great, innate sense for truly beautiful interpretation." (The Jordan Times) Chosen as CBC Radio's NEXT! guitarist in 2013, he was celebrated as "Canada's next classical guitar superstar” (CBC Music) and was showcased performing at the Glenn Gould studios in Canada, which helped further propel his career worldwide.

Harb's past concert appearances in North America, Europe, South America, Africa, and Asia, are highlighted by performances in prestigious halls such as the 2000 year-old Roman Amphitheatre in Jordan, the Bunka Kaikan concert hall in Tokyo, the Concertgebouw in Amsterdam, Edinburgh's International Conference Centre for TEDGlobal in the UK, the Cairo Opera House, Capitol Theatre in Moncton, and Carnegie Hall in New York. Moreover, Harb performed and gave masterclasses in guitar festivals including the Sauble Beach Guitar Festival, Guitare Montréal Festival and Competition, and the Guitar Foundation of America Convention and Competition. Most recently, Harb completed a hugely successful tour of Atlantic Canada sponsored by Debut Atlantic during the month of March 2022.

Tariq Harb has six solo albums in his name to date: From Bach to Barrios, A Guitar Through the Eras, Harb Plays Sor Studies, Harb Plays Carcassi Studies, Harb Plays Legnani Caprices and Copla. To complement his Sor and Carcassi albums, Harb released two DVDs comprising video performances and educational materials on all the twenty Sor/Segovia studies and the 25 Melodic and Progressive Studies by Carcassi. He also has two publications: The Unlimited Guitar; which proposes a method to adapting music for the instrument, and his own edition of Matteo Carcassi’s 25 Melodic and Progressive Studies, op. 60. He is a composer as well and has composed several works for solo guitar, including a five movement suite titled Spirit, which has been recently published by Les Productions d’Oz.

A Jordanian-Canadian with Palestinian roots, Harb moved to Canada to commence university studies. At age 25, after quitting his initial career in finance and starting a performance career in music, he diligently studied the guitar with Roddy Ellias, Patrick Kearney, Jerome Ducharme, Dr. Garry Antonio and Dr. Jeffrey McFadden, and the violin with Clemens Merkel of the Bozzini Quartet and Claude Gelineau. He also participated in numerous masterclasses, including ones run by Jason Vieaux, Pavel Steidl, Rémi Boucher, and Manuel Barrueco. Harb currently holds a Doctor of Musical Arts degree from the University of Toronto, a Masters in Performance degree from McGill University, and Bachelor of Arts and Bachelor of Commerce degrees from Concordia University. He joined Concordia University’s Music Department as a faculty member in the fall of 2015. Tariq Harb is sponsored by the Hill Guitar Company, Woodside Guitars, Savarez, and LaBella Strings. 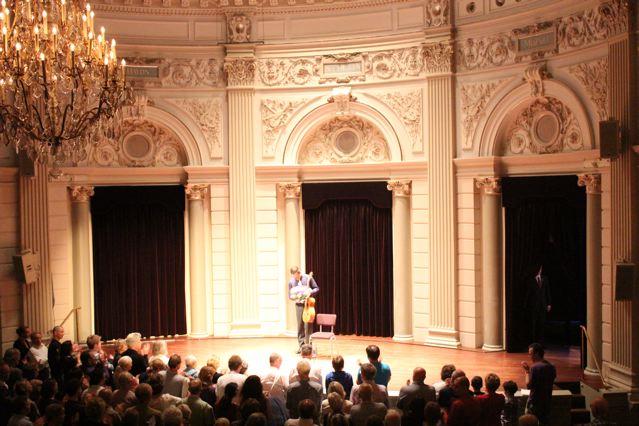 At the Royal Concertgebouw in Amsterdam
Photo credit: Otto Vowinkel 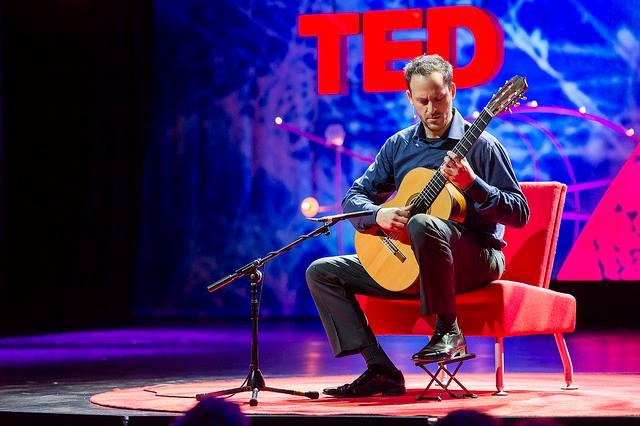 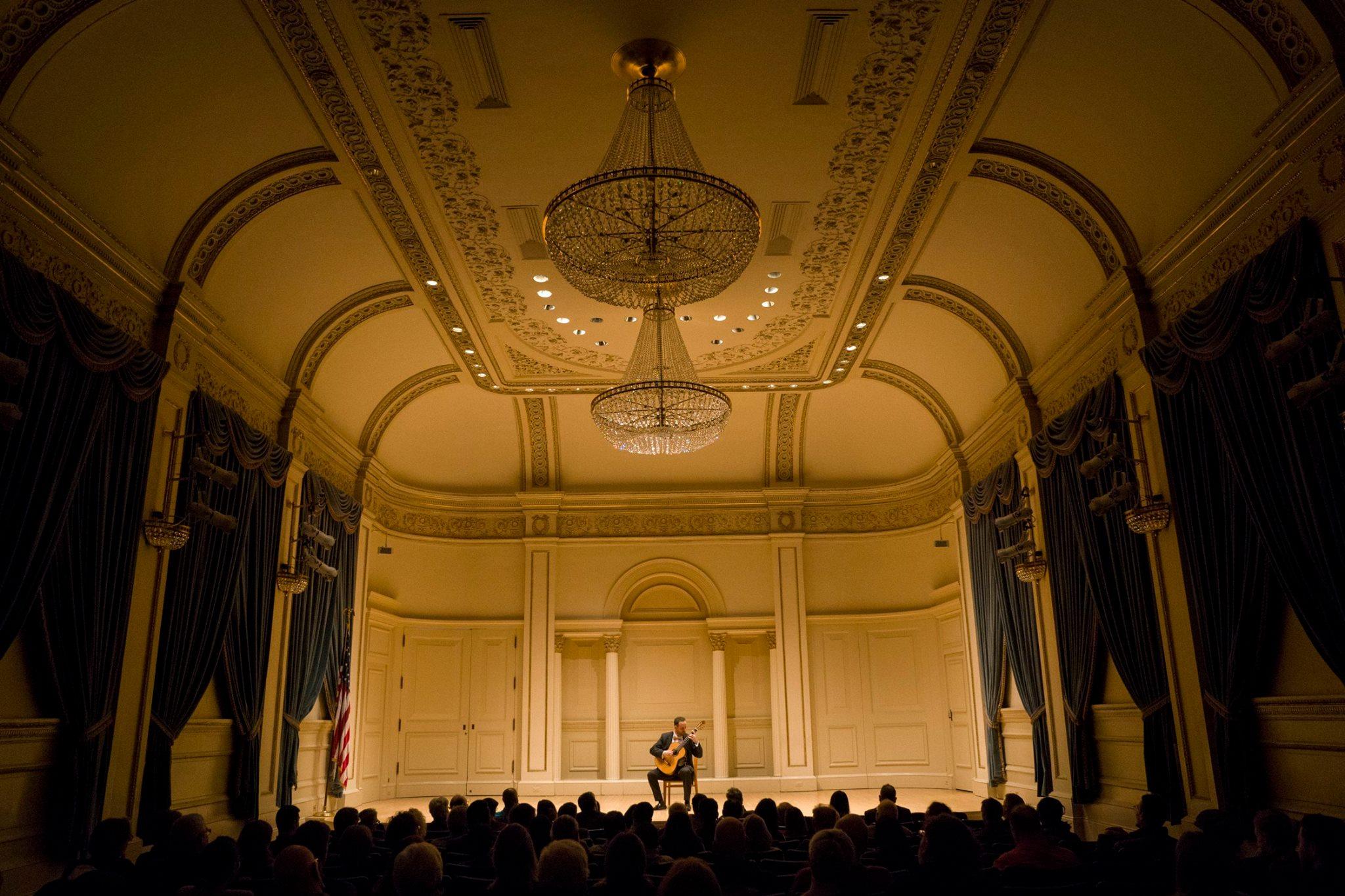 The Unlimited Guitar: Arranging Bach and Britten as Means to Repertoire Expansion