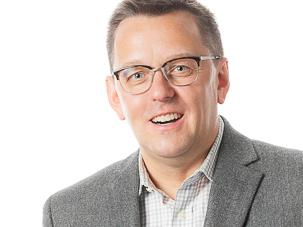 My research focuses on fourteenth- and fifteenth-century literature and culture, principally Chaucer and romance.  I am also interested in the history of the English language and readings of “the Middle Ages” in the post-medieval world, and I have published in several areas of textual criticism, including bibliography, manuscript studies, history of the book, and editorial theory.

I have just completed a co-authored article on the editorial treatment of Middle English didactic romances in the eighteenth and nineteenth centuries.  This article appeared in Philological Quarterly in 2019.

The diversity of my research interests is reflected in the variety of courses I have taught, at Concordia and, earlier, at the University of Guelph, TCU, and the University of Kentucky.  I have taught many of Concordia’s medieval course offerings, as well as History of the English Language, and also enjoy teaching introductory courses and courses to students from other programs.  I have extensive experience teaching writing, and I have even taught a course in technical writing and document design.

I'm always happy to work, as supervisor or committee member, with students who have an interest in any area of Old or Middle English or historical linguistics.  I also feel comfortable working with undergraduates in a committee role in a wide range of fields outside of medieval literature, especially in early modern literature and eighteenth-, nineteenth-, and twentieth-century fiction.

Fantasies of Troy: Classical Tales and the Social Imaginary in Medieval and Early Modern Europe.  Ed. Alan Shepard and Stephen D. Powell.  Toronto: Centre for Reformation and Renaissance Studies, 2004. “Game Over: Defragmenting the End of the Canterbury Tales.” Chaucer Review 37 (2002): 40-58.