Award-winning animation filmmaker Shira Avni holds an MFA in Film/Video/New Media from the School of the Art Institute of Chicago (2003). She has been creating animated shorts with the National Film Board of Canada since 1997, where she has directed four films and assisted on a number of other projects. Her research has been supported by the National Film Board of Canada, the Canada Council for the Arts, Conseil des Arts et des Lettres du Québec, Frameline, and Bravo!FACT. Avni's films Petra's Poem (2012), Tying Your Own Shoes (2009), John and Michael (2005), and From Far Away (2000) have garnered over 30 grants and awards, including the prestigious DOK Leipzig Golden Dove and the NHK Japan Prize, and have screened in over 100 festivals worldwide, as well as on CBC, PBS, Bravo, and TV5 television networks. Shira Avni's films address questions of difference and social justice in ways that gently break down the viewer's habitual barriers. Her studio practice involves photography as well as clay-on-glass animation and painting, back-lit to create the shimmering effect of stained glass in motion. Presented in a cinema or darkened gallery space, the work engages the spectator in a highly personal, emotionally cathartic experience. Avni's current research explores the intersection of disability, identity and independence through a combination of animation and documentary media and collaborative, community-based animation films. 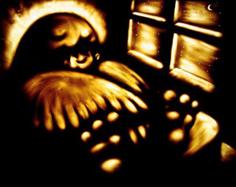