Independent Filmmaker-Researcher Louise Lamarre directed her first short film titled LE VERNISSAGE in 1980. Since then, she has worked as director, scriptwriter and producer on more than 40 productions of all types, from fiction and documentary, to music video, advertising, corporate films and television series. Her productions include ARE YOU AFRAID OF THE DARK? and LES NOUVELLES AVENTURES DES INTRÉPIDES. She authored several important studies and reports for the Government of Quebec on Independent Filmmaking including, Le prix de la liberté, vol. I La production cinématographique indépendante au Québec and vol. II La production indépendante vidéo au Québec. Since the beginning of her career, Lamarre has conducted research in the visual effects field in cinema, acquiring a two-year specialization in the in-camera special effects, dramatic writing and directing fields at the National Film Board of Canada (Dramalab Program). Her research project FX PROJECT led to the discovery of a new in-camera special effect technology to which an American patent was awarded. She named her invention: Holo Editorial Layering Process (H.E.L.P.) 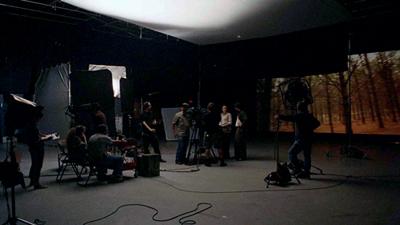