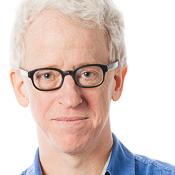 Between 2008 and 2013,Prince headed up a research-action project out of McGill University’s School ofUrban Planning in collaboration with community groups concerned with theimminent impact of McGill’s new mega-hospital in their nieghbourhoods. Theresearch action project also fought the business-as-usual replacement plan forthe Turcot Interchange, one of the largest public infrastructure projects inNorth America, at the time.

Prince worked to shapeMontreal’s first “community benefits agreement” signed with the MUHC in 2012,while working with coalitions at the local and regional levels to change howMontrealers move in their city, pushing for quieter, safer neighbourhoods andactively fighting provincial government plans for new inner-city highwayintersection at the Turcot Yards.

Prince co-edited a bilingualbook on the Turcot struggle, published just 3 days before public hearings beganon this controversial project, in 2009: Montréal at the Crossroads: Superhighways, the Turcot and the Environment, published by Black Rose Books.

Prince’s second book, co-edited with Judith Dellheim, called Free Public Transport, And Why We Don’t Pay to Ride Elevators, was published in October 2017 by Black Rose Books, with financial support from CUPFA, just in time to influence municipal elections in Quebec. A second expanded edition will be published in the spring of 2018, with new chapters on France, Poland, China and Germany.

Montréal at the Crossroads: Superhighways, the Turcot, and the Environment

Free Public Transport, And Why We Don't Pay to Ride Elevators.