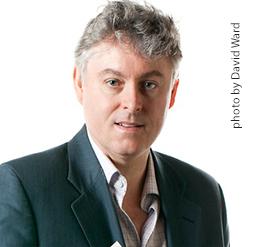 Dr. James B. Kelly holds a PhD in political science from McGill University (1999) and a bachelor’s degree (honours) from University of Toronto (1992).  He has held visiting appointments at McGill University, where he served as the 2006 Seagram Chair in Canadian Studies at the McGill Institute for the Study of Canada. In 2008, Dr. Kelly was a Visiting Fellow at The University of Melbourne, in residence at the Centre for Comparative Constitutional Studies at Melbourne Law School.

Dr. Kelly’s research has been funded by external granting agencies such as SSHRC and FQRSC.  His research focuses on the judicialization of politics associated with the introduction of bills of rights in parliamentary systems such as Canada, Australia, New Zealand, and the United Kingdom.  Dr. Kelly is the author and co-author of 4 books, including Governing with the Charter (UBC Press 2005), which was a finalist for the 2006 Donner Prize in Public Policy, a $35,000 prize awarded to the best book on public policy.  He has served as Co-editor (2011-12) and Assistant Editor (2009-11) of the Canadian Journal of Political Science.  Dr. Kelly has also served as Graduate Program Director (2004-6, 2020) and Associate Chair (2012-14) of the Department of Political Science at Concordia University.

Dr. Kelly has been a guest lecturer at Queen's University Belfast (November 2013) and at the Centre for International Studies, University of Southern California (January 2013).  He has also been an invited lecturer at the Privy Council Office, the Department of Justice, and the Parliament of Canada. Dr. Kelly has also delivered lectures at the Crown Law Office and Ministry of Justice in New Zealand, and at the Department of Justice and Community Safety in the Australian Capital Territory. Finally, Dr. Kelly has been an invited guest of the Scrutiny of Acts and Regulations Committee at the Parliament of Victoria in Melbourne, Australia, as well as the Scrutiny of Bills Committee at the Australian Senate.

At the present time, he is completing the follow-up to his 2005 book on the Canadian Charter of Rights and Freedoms, Governing with the Charter, published by UBC Press in 2005.  The current book project, Confronting the Court: Legislative Disagreements in the Charter era, is under contract with UBC Press, and will be submitted for review in 2021.

POLI 376   The Politics of Northern Ireland

POLI 324   Parliament and the Charter

James B. Kelly, "Legislative Capacity and Human Rights in the Age of Populism: Two Challenges for Legislated Rights: A Discussion of Legislating Rights: Securing Human Rights through Legislation," Jerusalem Review of Legal Studies 21:1 (2020), 94-111.

James B. Kelly and Kate Puddister, "Criminal Justice Policy During the Harper Era: Private Members' Bills, Penal Populism, and the Criminal Code of Canada," Canadian Journal of Law and Society 32:3 (2017), 391-415.

James B. Kelly, "Editor's Note - Introduction to the Publius Virtual Issue: Federalism and Supreme Courts," Publius: The Journal of Federalism (2017), 1-11.

James B. Kelly, “A Difficult Dialogue: Statements of Compatibility and the Victorian Charter of Human Rights and Responsibilities Act,” Australian Journal of Political Science 46:2 (2011), 257-278.

James B. Kelly and Michael Murphy, “Shaping the Constitutional Dialogue on Federalism: The Canadian Supreme Court as Meta-Political Actor,” Publius: The Journal of Federalism 35:2 (2005), 217-243.

James B. Kelly, “Reconciling Rights and Federalism during Review ofthe Charter of Rights and Freedoms: The Supreme Court of Canada and the Centralization Thesis, 1982-1999,” Canadian Journal of Political Science 34:3 (2001), 321-55.

James B. Kelly, "The Charter of the French Language and the Supreme Court of Canada: assessing whether constitutional design can influence policy outcomes," in Emmett Macfarlane, ed. Courts and the Constitution: Policy Impact. Toronto: University of Toronto Press, 2018, pp. 250-268.

James B. Kelly, "The Charter of Rights, the Supreme Court of Canada, and Public Policy," in Jonathan Craft and Amanda Clarke, eds., Issues in Canadian Governance.  Toronto: Emond Publishing, 2018, pp. 91-108.

Kate Puddister and James B. Kelly, "With or Without You: Quebec, the Conservative movement, and the Pursuit of Majority Government,"in J. P. Lewis and Joanna Everett, ends., The Blueprint: Conservative parties and their impact on Canadian Politics.  Toronto: University of Toronto Press, 2017, pp. 150-171

Kate Puddister and James B. Kelly, “The Judicialization of (past) Politics under Danny Williams: The Cameron Inquiry and the Green Commission,” in First Amongst Unequals: The Premier, Politics, and Policy in Newfoundland and Labrador.  Alex Martland and Matthew Kerty, eds., Montreal: McGill-Queen's University Press, 2014, pp. 114-129.

The Israel Democracy Institute, The Consideration of Rights in the Policy Making Process: What enhances their influence and what leads to their disregard? Madrid, Spain, June 14-15, 2015.

James B. Kelly, "Confronting the Court: the Charter of the French Language and the Charter of Quebec Values," School of Law, Queen's University Belfast, Belfast, Northern Ireland, November 13, 2013.

James B. Kelly, "Strong and weak-form judicial review: the complexity of Canada's constitutional Charter of Rights," Centre for Comparative Constitutional Studies, School of Law, The University of Melbourne, February 27, 2008.

James B. Kelly, "The Parliamentary Reporting Duty of the Minister of Justice: time to rethink section 4.1.1 of the DOJ Act," Thirty Years On: The Canadian Charter of Rights and Freedoms, Parliament of Canada, April 27, 2012.

James B. Kelly, "Who Makes the Laws? The Struggle for Legislative Supremacy in Canada," The Canadian Federation for the Humanities and Social Sciences, Breakfast on the Hill Series, Parliament of Canada, October 2, 2003.

James B. Kelly, The Senate of Canada and the Charter of Rights and Freedoms. Expert Evidence. The Special Senate Committee on Modernization. Parliament of Canada, May 10, 2017.

James B. Kelly and Lorne Sossin, The Federal Government in Court: Litigation Drivers in the Canadian and International Context.  Ottawa: Department of Justice, 2005.

James B. Kelly and Janet L. Hiebert, Submission to the Human Rights Consultative Committee on Adopting a Bill of Rights.  Department of Justice, Government of Victoria, Melbourne Australia, 2005.