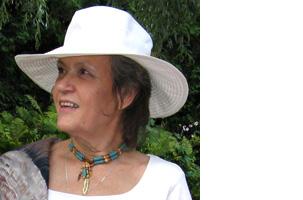 Frances M.  Shaver received her doctoral degree in Sociology from the Université de Montréal in 1987. Currently she is a Professor in the Department of Sociology and Anthropology at Concordia University. Since 1990, she has participated in three Canadian government funded research projects focusing on people working in the sex industry (PWSI), two as the principal investigator and one as a co-investigator. The first explored gender differences in the work patterns of street-based sex workers in Montreal and San Francisco while the second compared the working experiences of sex workers and hospital workers in Montreal and Toronto. In the third and most recent of these studies, Shaver, along with Jacqueline Lewis (Principal Investigator) and Eleanor Maticka-Tyndale (University of Windsor, Ontario Canada) partnered with several community organizations in Toronto and Montreal (Exotic Dancers’ Association of Canada, Maggie’s, Stella, and Peel Public Health) to conduct a five year Social Science and Humanities Research Council of Canada study to examine the impact of public policy on the health and well-being of PWSI in 2 major Canadian cities. This Sex Trade Advocacy and Research project (STAR) produced two reports for policy makers and a series of information pamphlets for workers in the sex industry. The project website contains these and other resources.

Dr. Shaver acts as a knowledge mobilizer to the general public, as well as a scholar. In addition to initiating events bringing together community partners and other interested scholars and policy makers she has also responded positively to many invitations to speak with the media and meet with policy makers and community groups.
Back to top