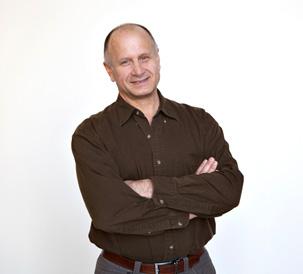 Dr. Edward (Ted) Little is an educator, essayist, writer, and theatre maker.  He holds a BFA in Theatre (acting and directing) from the University of Victoria, an MA in Canadian Drama from the University of Guelph, and a Ph.D. in community engaged theatre and dramatic theory from the University of Toronto.  He has directed and served as consultant on numerous large and small-scale theatre projects across Canada, and since 2000, he has been Associate Artistic Director at Teesri Duniya Theatre--an innovative, Montreal-based company dedicated to the creation and production of socially and politically relevant theatre based on the cultural experiences of diverse communities.

At Concordia, he served as Member of the Board of Governors representing Fine Arts (2011-2014), and he is currently working on enhancement of the first-year student experience as a member of the Provost's Fellows Program.

TDEV 498/2: The Neighbourhood Theatre (TNT) is an upper-level course that takes an interdisciplinary, “hands-on,” place-based approach to exploring many of theethical and practical considerations facing artists and others wishing to work “in residence” with community partners. It’s a course about how theatre artists, oral historians, documentary media artists, and others interested in social innovation, animation, and activism might meet and explore social changewithin Montreal neighbourhoods. For the Fall 2014 and 2015 terms, the class will continue its collaboration with the historic Atwater Library and Computer Centre and join their work in the neighbourhood of Point St.Charles.  The course is open to undergraduate or graduate students from any discipline.

For more information about our work in Fall 2014, visit The Right to the City Project.

TDEV 498/4: Socially Engaged and Activist Performance involves reading, discussing, and writing about selected plays and performance projects within the context of their intentional engagement with social, cultural, and/or political exigencies. The course is particularly concerned with the “social turn” in contemporary art practice—a phenomenon that in theatre, is largely defined by inter and cross disciplinarity, public participation, and inter-sectoral collaboration.

Project-based readings will examine the theory and practice of movements, approaches, and genres selected from: community arts, documentary and verbatim theatre and oral history performance, street theatre, public demonstrations, performance art, Theatre of the Oppressed, and political theatre.  Additional readings will engage with critical debates about the ethics and efficacy of socially engaged art from a variety of disciplinary perspectives.

This course is open to undergraduate or graduate students from any discipline.

Co-investigator, The Right to the City Project (RTTC).
This project is an exploration in innovative teaching funded by a 2014 Concordia Curriculum Innovation grant.  In Fall, 2014, the project brought together three courses focusing on Pointe St. Charles--a historically working-class neighbourhood with a long history of community mobilization. Meeting weekly in a space owned by Share the Warmth--a citizen-led resource founded on the principles of social economy, education as a right, food justice, and community self-determination--these classes in oral history, urbanization, and theatre set out to discover how learning with the city, and across disciplines, can enrich education while giving back to the community at large.

Current plans are to continue the project next year with the addition of a forth class in art education.

Visit The Right to the City Project

For us, going public means far more than exploring the potential of new technologies and finding new audiences for our research - it means redefining the research process itself. How can university-based researchers and artists collaborate effectively and use technological innovations to reach larger publics or make a deeper impact? How do we include a wider circle in the conversation? How do, and how might, oral history, new media and community-engaged arts contribute to public knowledge and to healthy and sustainable relationships, organizations, institutions, communities, schools,and neighbourhoods? How can we transform our creative and intellectual work into public scholarship? Specifically, we will build on existing and emerging connections to learn about and with innovative and ongoing interdisciplinary projects in Canada and around the world.

Co-investigator, Member of the Coordinating Committee, and Leader of the Performance working group for Life Stories of Montrealers Displaced by War, Genocide and other Human Rights Violations.
Montreal Life Stories was a five-year, SSHRC funded Community-University Research Alliance (CURA) project. While the funded research phase of the project (2007-2012) has concluded, the project's website maintains a database of close to 500 interviews, digital stories, and links to film, video, and performance projects, and ongoing publication projects.

Editor-in-Chief, alt.theatre: cultural diversity and the stage (2000-2012).
alt.theatre is Canada's only professional theatre journal examining intersections between cultural plurality, politics, and the stage.

The magazine is published quarterly by Teesri Duniya Theatre and was founded in 1998.

Little, Edward. “Whenyou’re up to your ass in alligators … .”  In Defense of Theatre: Aesthetic Practicesand

(pdf versions of the following editorials are available on Issuu)

Bhopal by Rahul Varma. Produced by Teesri Duniya Theatre in Montreal at the Segal Centre for the Performing Arts. January16-February 2, 2014.

Letters to My Grandma by Anuree Roy. Produced by Teesri Duniya Theatre in Montreal at the Centre Culturel Calixa-Lavallée. September 27-October 13, 2013.

Where the Blood Mixes by Kevin Loring. Produced by Teesri Duniya Theatre in Montreal at the Centre Culturel Calixa-Lavallée.September 13-30, 2013.

“It is only Sound that Remains” by artist inresidence Shahrzad Arshadi. Montreal B’hai Centre, March 29, 2012.