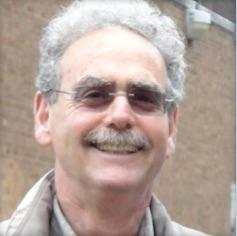 Barry Lazar is an award-winning documentary film producer, writer, and a former executive producer with CBC Radio. He is columnist for The Senior Times and has written for Montreal's The Gazette, EnRoute Magazine, the National Post and other publications. His writing focuses on food and local history. His books include The Guide to Ethnic Montreal and Barry Lazar's Taste of Montreal and most recently Montreal CityGuide. He is a partner and producer with reFrame Films (www.reframe-films.com). Recent films include a feature length documentary The "Socalled" Movie - about Montreal's internationally known hip hop klezmer musician Socalled and Twice Upon a Garden / Il était deux fois un jardin which won the audience appreciation award at the International Festival of Films on Art (FIFA). As a teacher, his goal is to bring students to their next professional level in understanding how journalism is changing, writing publishable articles and creating broadcast quality documentaries.