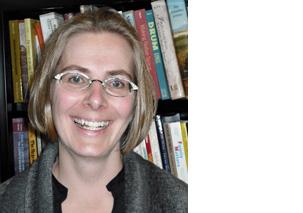 As a cultural historian of North America, my research interests have straddled both sides of the Canadian-American border.  In 2002, I received my Ph.D. from the University of Ottawa and went on to teach first as a tenure-track professor in American history at Nipissing University (North Bay, Ontario) before joining the Department of History at Concordia University in 2008.  My first book Sounds of Ethnicity: Listening to German North America, 1850-1914 (University of Manitoba Press, 2010) is an exercise in historical eavesdropping that examines public conversations on ethnicity and modernity, community and nation, public culture and trans-nationalism through the history of spoken language and popular musical life.

My current FQRSC-funded research project “The Children’s War” is a large-scale oral history study that draws upon the life-course stories of around eighty women and men who came of age in the seaport cities of St. John’s (Newfoundland) and Halifax (Nova Scotia) during the years of the Second World War.  Their recollections of childhood and youth – grounded as they are in a particular place in time – provide rare glimpses onto the social spaces of childhood in the 1940s, shedding light onto the gendered worlds of childhood, the moral geography of darkness, children’s use of the social spaces of the city and the sensuous history of the wartime Atlantic.  Trans-disciplinary in its conception, this project is situated at the intersection of oral history, cultural history, human geography, gender history and childhood studies.

In studying the history of Canada (HIST 203 – History of Canada, Pre-Confederation and HIST 205 – History of Canada, Post-Confederation), my students have worked closely with a vast range of primary source documents including diaries, letters, travel accounts, court records, gravestones, audio-recordings, oral histories, novels and films.  At the intermediate level, we have turned to the history of a place in time (HIST 318 – Modernist New York and HIST 308 – Stories of Migration: Immigrant Montreal) to investigate large-scale historical processes.  I have also taught on a regular basis the MA seminar “HIST 600 – Historical Theories and Methods.”


Since 2008, I have supervised or co-supervised nine graduate students (perhaps “graduate students” could be a hyperlink, leading visitors to the site to the names and projects listed below under Ph.D. and M.A. Supervisions?  This would be a more economical and elegant solution than listing them at length below.) working on a wide variety of research topics.  I welcome prospective students interested in working in the areas of (North American) oral history, cultural history, gender history, migration history, disability history and the history of education to contact me. (Please note that I will be on sabbatical in 2014-2015).

Ph.D. supervisions
Elizabeth Tabakow. “Spaces of Belonging: The Life-Worlds of Japanese Migrants in a Global City,” dissertation in progress.

M.A. supervisions
Amanda Whittaker, “ ‘My Life is Nothing Special’: Unveiling the Power of Food in Immigrant Life Stories,” M.A. research essay, in progress.

Aretha Heenan. “The world of Westmount High School: Dating, leisure, space, and the meanings of youth experience in a Montreal Anglophone community in the 1960s,” M.A. research essay, April 2012.

“Germania in Canada: Nation and Ethnicity at the German Peace Jubilee, 1871,” in Alexander Freund ed. Beyond the Nation?: Immigrants’ Local Lives in Transnational Cultures (Toronto: University of Toronto Press, 2012): 107-136.