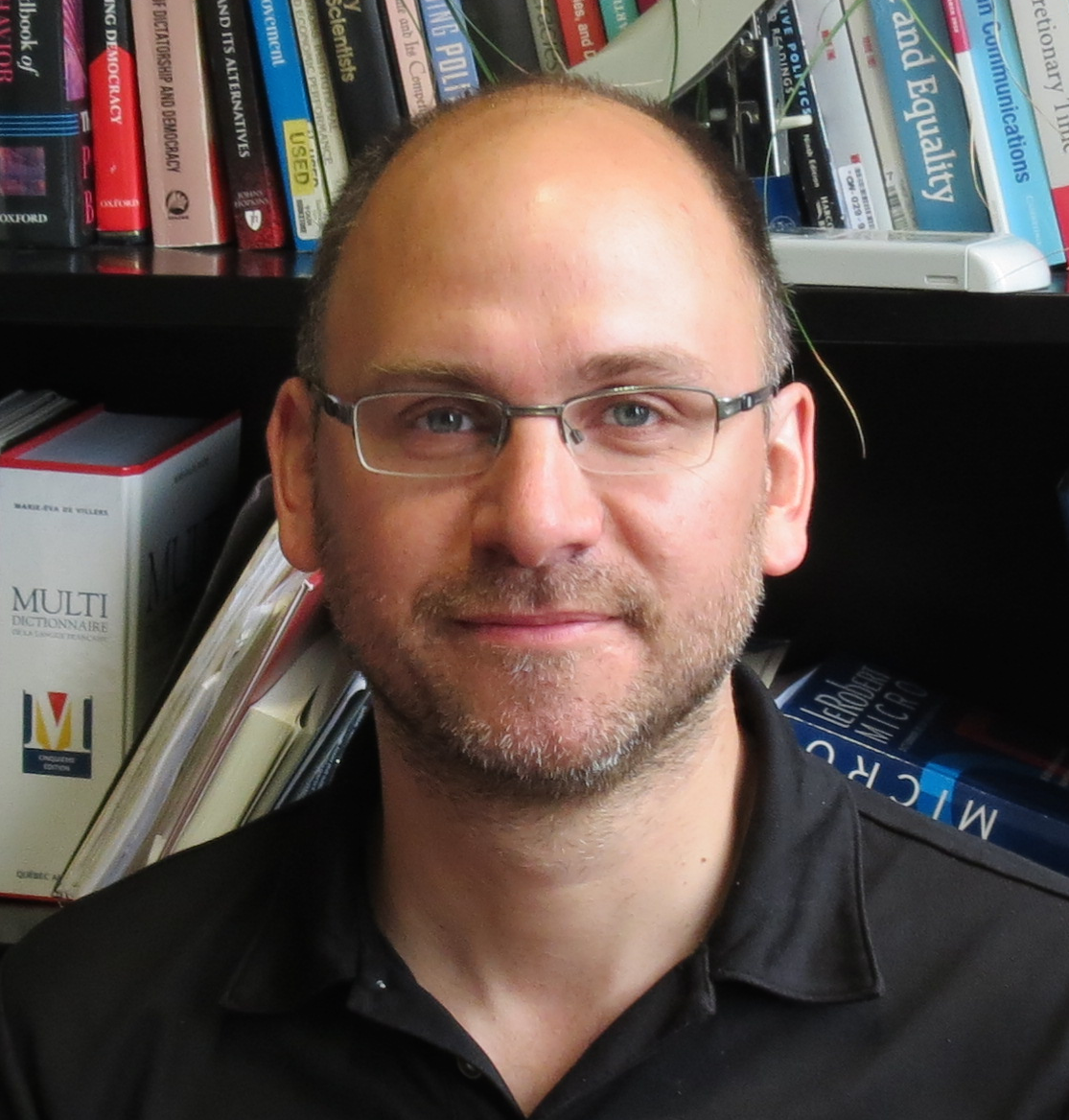 Dr. Antoine Bilodeau’s research focuses on the political integration of immigrants in Canada and other Western democracies and on understanding the roots of views toward immigration and ethnic diversity. He also studies questions relating to youth political engagement and political socialization.

Dr. Bilodeau is a member of the steering committee for the Centre for the Study of Democratic Citizenship, a senior research affiliate with the Canadian Network for research on Terrorism, Security and Society (TSAS), and a member of the Center for Immigration Policy Evaluation.

Centre for the Study of Democratic Citizenship

Canadian Network for Research on Terrorism, Security and Society

Winner of the John McMenemy Prize (Best article published in French or English in CJPS in 2019): Turgeon, L., A. Bilodeau, S. White, and A. Henderson. 2019. “A Tale of Two Liberalisms? Understanding Support for Restrictions on Minority Religious Symbols in Quebec and the Rest of Canada.” Canadian Journal of Political Science 54 (2): 247-265.

Winner of the 2016/2017 Concordia University Research Award (Person and Society).