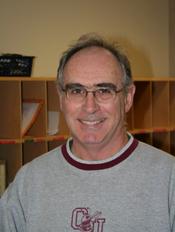 Parasites are an integral component of the life history of most animals and may affect their hosts at the individual, community or population level. At the same time, parasites are organisms in their own right and are subject to many of the same environmental pressures that affect free living organisms. Research in this laboratory is focussed primarily on the trematode (fluke) and cestode (tapeworm) parasites of aquatic birds. Our approach is mainly ecological in it's perspective and involves studies the effects of temporal and spatial parameters on parasite communities in wild ducks, gulls and coots. The most recent study is on the seasonal dynamics of parasites in eider ducks in the Bay of Fundy, New Brunswick. In addition to studies on the parasites in birds, we also work on projects that explore various aspects of parasite life cycles, seasonal dynamics of parasites in snail and arthropod intermediate hosts and on host-parasite relations between parasite larvae and the intermediate hosts. This has included studies on the seasonal transmission of two trematodes (Cyclocoelum and Diplostomum ) in laboratory and natural conditions and aspects of the host parasite -relationship between cestode larvae and crustacean intermediate hosts. Because birds are hosts to a tremendous diversity of parasitic worms, a significant part of the work in this laboratory involves the identification of parasite species. While much of this is done using traditional morphological methods, we also use molecular methods in studies designed to clarify relationships between morphologically similar species, to identify potentially pathogenic parasite larvae and to investigate the phylogenetic history of members of selected families of cyclophyllidean cestodes.