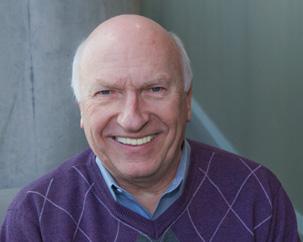 Brent offers a rare blend of market experience/intuition, academic inquisitiveness and the ability to think outside the box. He has been lecturing in Product Innovation & Strategy, Direct Response Marketing (Social Network Media and Customer Relationship Marketing for almost 35 years at Concordia University in Montreal. Over the past 10 years, he has also presented numerous conferences in North America and Europe on the subject of Customer Service Excellence in addition to dozens of workshops for sales forces on the topic of creativity and innovation. His innovative and creative lecturing techniques at the University have resulted in him being nominated 11 times for the JMSB Distinguished Teaching Award which he was awarded on one occasion.

He has also devoted his entire career (40 years) to all parts of the healthcare and consumer packaged goods industry, either in capacities such as Marketing Director and Sales Director or in providing advertising services to firms such as KLM Air Lines, Royal Bank, Bristol Myers Squibb, Merck Frosst and Novartis Consumer Health during his tenure as a senior partner in Allard Communications. More recently, he has consulted with several companies on their selling and promotional efforts aimed at specialty retailers such as Lowe’s in the US and Canadian Tire north of the border.

In November of 2010, he was made an Honorary Member of the International Golden Key Society in recognition of his significant contribution to the quality of life for both the university’s students as well as the less fortunate members of society throughout the Greater Montreal Area.

Served 4 terms (of 2 years each) as LTA in Marketing Department.

Invited as “Guest Lecturer” during International Week at Fachhochschule Furtwangen in Villingen-Schwenningen, Germany (2005)

Developed and taught on-line modules on Customer Service Excellence for the Senior Management of the Canadian Airport Traffic Security Agency (CATSA) during the Summer and Fall of 2008.

Serving as the Course Coordinator for the Introductory Marketing Course (COMM 223/Mark 201) since 2007.