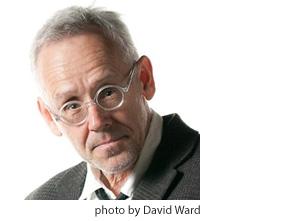 Greg M. Nielsen teaches and publishes in the areas of social and cultural theory as well as media sociology.

Media sociology and Journalism is a dialogue on contemporary society as defined through news media, politics, and contemporary sociological theory. The tenacity of deeply opposing truth claims in politics and in journalism exposes the current fragility of democracy as a type of society and regime of power. Debates are reviewed on competing explanations of post truth attitudes, the rise of populism, fake news, conspiracy theories, neoliberalism, nihilism, white nationalism, and the flights from and too democracy. Focus is on the tenacity of deeply opposing truth claims where each side takes the other’s claim to be an existential threat. A dialogical critique of divisions in news media, politics, and contemporary sociological theory provides an alternative way forward as right populism, fake news, and post truth attitudes render democracy fragile. It is argued that professional journalism also contributes to this fragility when it reports or opines on the most vulnerable subjects in society but does not address them as their imagined audience. The fragility at the heart of democracy, the fine line that once crossed separates freedom from equality or rule by the people from authoritarian demagogues, are further examined through case studies of mainstream acts of journalism on the themes of immigration, urban poverty, and cultural diversity.

Taking a sociological approach to the study of mass media, Mediated Society explores how the media affects individuals and society. Within this unique framework, the authors analyze media and mass communication as a social rather than as a technological construct while addressing issues such as democracy, citizenship, class, gender, and cultural diversity. Drawing attention to the way in which media frames everyday experiences and events, the text examines media and communication in urban, national, and global settings, as well as the power and structure of dominant mass media. With a wide range of Canadian and international examples, along with two real-life case studies and a wealth of pedagogical features throughout, this innovative, engaging text encourages students to consider how social identities, norms, and values are mediated by various forms of mass communication.

This book brings Mikhail Bakhtin's ethics and aesthetics into a dialogue with social theory that responds to the sense of ambivalence and uncertainty at the core of modern societies. Nielsen situates a social theory between Bakhtin's norms of answerability and Jurgen Habermas's sociology, ethics, and discourse theory of democracy in a way that emphasizes the creative dimension in social action without reducing explanation to the emotional and volitional impulse of the individual or collective actor. Some of the classical sources that support this mediated position are traced to Alexander Vvedenskij's and Georg Simmel's critiques of Kant's ethics, Hermann Cohen's philosophy of fellowship, and MaxWeber's and George Herbert Mead's theories of action. In the shift from Bakhtin's theory of interpersonal relations to a dialogic theory of societal events that defends the bold claim that law and politics should not be completely separated from the specificity of ethical and cultural communities, a study of citizenship and post-national identity is developed.

Anxieties over Islamic face covering and over the proper management of otherness in liberal democracies seem to have reached a new peak with the introduction of legislation banning the burka in France and Belgium, and recent proposals for similar statutes in Quebec. What assumptions are contained within Western secularism and revealed in these attempts at legislating women's religious clothing? This book presents a collection of essays which take secularism/laïcité and the regulation of public expressions of religious commitment as their points of departure, exploring the issues these raise within society with a view informing the public debate and reflecting on the nature of citizenship. Is democracy well served when the terms and conditions of citizenship are defined beforehand by a given group and when these terms are presented as non-negotiable and unchangeable? Revealing Democracy sheds light on the ways in which liberal states address and cope with the challenges of diversity and otherness and documents how processes of domination may be internalized and reflected in discourses on secularism and religion. It compels us to look without complacency at the limitations of liberal democratic citizenship and reflect on the inability of state policies to curb racism and entrenched patterns of Eurocentric social domination

This book introduces the concept of 'act of citizenship' and in doing so, re-orients the study of what it means to be a citizen. Isin and Nielsen show that an 'act of citizenship' is the event through which subjects constitute themselves as citizens. They claim that such an act involves both responsibility and answerability, but is ultimately irreducible to either. This study of citizenship is truly interdisciplinary, drawing not only on new developments in politics, sociology, geography and anthropology, but also on psychoanalysis, philosophy and history. Ranging from Antigone and Socrates in the ancient world to checkpoints, euthanasia and flash mobs in the modern one, the 'acts' and chapters here build up a dynamic and wide-ranging picture. Acts of Citizenship provides important new insights for all those concerned with the relationship between individuals groups and polities.