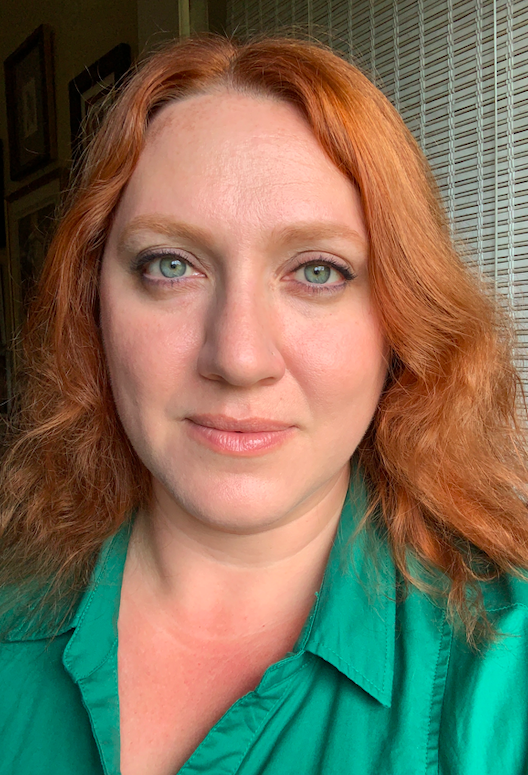 Cimminnee Holt is a part-time lecturer and doctoral candidate in religious studies at Concordia University, Montreal,Canada. She is a recipient of the Social Science and Humanities Research Council doctoral fellowship grants, awarded by the government of Canada, and the Fonds de recherche du Québec—Société et culture (in name only). Her broad areas of interest are new religious movements, religion and popular culture, ritual and performance theory, media studies and material culture, and western esotericism. She lectures and gives media interviews on her specialization, modern religious Satanism. She is currently completing her dissertation, an ethnographic study on members of the Church of Satan. Her publications include: “Playing with Art and Artifice: Religious Satanism as Total Environment,” in La Rosa di Paracelso (2017); “Modern Religious Satanism: A Negotiation of Tensions,” co-authored with Jesper Aagaard Petersen,  in the Oxford Handbook on New Religious Movements; “Blood, Sweat, and Urine: The Scent of Feminine Fluids in Anton LaVey’s The Satanic Witch,” in the International Journal for the Study of New Religions (2013); and “Death and Dying in the Satanic Worldview,” published in the Journal of Religion and Culture (2011).

2016. Reprint. “Blood, Sweat, and Urine: The Scent of Feminine Fluids in Anton LaVey’s The Satanic Witch.” In The Bloomsbury Reader in Religion, Sexuality and Gender. Edited by Donald L. Boisvert and Carly Daniel-Hughes. Bloomsbury Academic.

The concept of “Total Environments” (1988) is outlined by Anton Szandor LaVey, founder of the Church of Satan (1966), in response to the question: “What do Satanists do?” The query itself prompted by religious Satanism’s seemingly lack of recognizable “religious” traits: as an atheistic religion, they reject notions of the divine, demonic, and spiritual; there is no belief in a Golden Age myth to which to return; and no evangelical mandate or desire for mass conversion. What then, do members of the Church of Satan do? The answer, in part, is for Satanists to create the conditions for their individual desires to be reflected in the sensorial and material world.

This paper centralizes the sensorial and material qualities of religious Satanism as outlined by LaVey and understood by members of the Church of Satan. First, it discusses the objects used in Greater Magic rituals to demonstrate how these idiosyncratic items function as mediations of personal desire; and secondly, how LaVey’s ideas on insular spaces outside of ritual space—his concept of Total Environments—reveals that Satanists perceive their entire lives as an ongoing extension of the will. Living “satanically” in the world is a continued magical act mediated by materiality itself. LaVey’s concepts on magic contribute to the historical discourse and study of magic, and this paper suggests that LaVey’s framework can be used to study the lives of Church of Satan members as a whole. That is, applied religious Satanism is, ideally, creating a Total Environment.

Anton Szandor LaVey wrote The Satanic Witch in 1970 as a response to the contemporary discourses of his time: feminism and the occult revival. This essay focuses on LaVey’s treatment of the scent of feminine fluids blood, sweat, and urine—in The Satanic Witch and selected texts in order to demonstrate that LaVey’s emphasis on the importance of bodily secretions is an extension of his carnal-magical worldview; he employs the arcane language and aesthetics of the occult to methods of physiological and psychological manipulation in order to influence others and achieve desired ends. Throughout this article I apply Mary Douglas’ theories in Purity and Danger (2002 [1966]), which address our notions of contagion, dirt, and taboo; feminist rhetoric on 1960s and 1970s feminine hygiene products and their putative cleansing of natural feminine scent; and finally, the use of sexual fluids in esoteric magical practices such as described by Aleister Crowley. This article illustrates that LaVey’s use of feminine fluids for magical efficacy reflects his notion that magic is firmly rooted within one’s own body, and the capacity of one’s own will, while also incorporating and responding to the surrounding discourses of his time.

"Death and Dying in the Satanic Worldview," Journal of Religion and Culture, vol. 22.1. 2011.
Abstract

The Church of Satan is a New Religious Movement (NRM) that symbolically embraces the symbol of Satan to represent the individual. Satanism initially presents seemingly paradoxical images: atheistic yet highly dogmatic, rejecting notions of an afterlife but retaining a particular understanding of a carnal eschatology, and emphasizing a life-affirming worldview while also incorporating traditional symbols of death in theatrical magical ritual. Satanists are not theistic, but claim instead a carnal self-deification. They posit no contradiction between theory and practice, and profess a holistic religion. This paper seeks to examine Satanism through postmodern sociological approaches to death and dying – that is, focused on the individual – and discuss the use of death imagery within magical rites by using information provided by two informants of the Church of Satan. This treatise will demonstrate that Satanic atheism and prevalent death imagery function as life-affirming mechanisms in this somewhat atypical NRM.

The Witch: A History of Fear, From Ancient Times to the Present. By Ronald Hutton. 2018. Hampshire: Yale University Press. In American Academy of Religion: Reading Religion.

This course takes a sociological and historical approach towards understanding new religious movements (NRMs), popularly known as "cults." Throughout the semester, we will approach the study of NRMs threefold: by looking at scholarly theories and methodologies on NRMs; examining the reasons for their controversial status in society; and undertaking a survey of the beliefs, rituals, leadership, membership, recruitment strategies, and social organization of a number of specific NRMs.

This course takes a broad historical survey of the notions of witchcraft and magic from a social scientific perspective. It will touch upon ideas about magic and witchcraft from: late antiquity; throughout the Middle Ages culminating in the witchcraft trials; early twenty-first century anthropological studies on witchcraft in Oceania and Africa; and finally, contemporary magical practices in Western society. It will ask questions such as: Who practiced magic and witchcraft, if at all? Who defines the terms, and how do these definitions interact with each other and influence the social dynamic? What is the disjoint (if any), between their popular depiction and actual practice (if any)? How are witchcraft and magic discussed by different authors, from both primary and scholarly sources? How do these (at times conflicting) definitions shape and influence magicians and witches? Are witchcraft and magic solely Western concepts? Why or why not?

Religions of the West

This course surveys the history, doctrines, institutions, and practices of religions that arose in Western Asia, including Judaism, Christianity, and Islam. The course examines contemporary forms of religious life in those parts of the world where these traditions have spread, as well as indigenous religions. The course explores the religious activities and experiences of both women and men within these various traditions.
Back to top