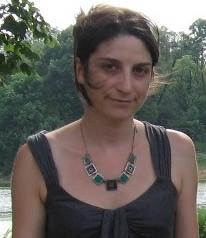 Dr. Belge received her Ph.D. in Political Science at the University of Washington. Her dissertation, titled “Whose Law?:Clans, Honor Killings, and State-Minority Relations in Turkey and Israel,” received the best dissertation awards of the Law and Society Association and Israel Studies Association. During 2008-2010, she held a postdoctoral fellowship at the Harvard Academy for International and Area Studies at Harvard University. Her research interests include nationalism and ethnic conflict, the politics of law and courts, and gender politics. She teaches courses on the Middle East, comparative politics, and ethnic conflict.

Belge, Ceren. 2013. “‘Seeing the State’: Kinship Networks and Kurdish Resistance in Early Republican Turkey.” In The Everyday Life of the State: Developments in the State-in-Society Approach, edited by Adam J. White, 14-28.  Seattle: University of Washington Press, 2013.

Belge, Ceren. 2006. “Friends of the Court: The Republican Alliance and Selective Activism of the Constitutional Court of Turkey.” Law and Society Review 40 (3): 653-92.
Back to top