Loyola College for Diversity and Sustainability

Loyola College for Diversity and Sustainability 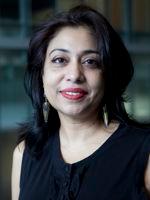 The Loyola College on social media