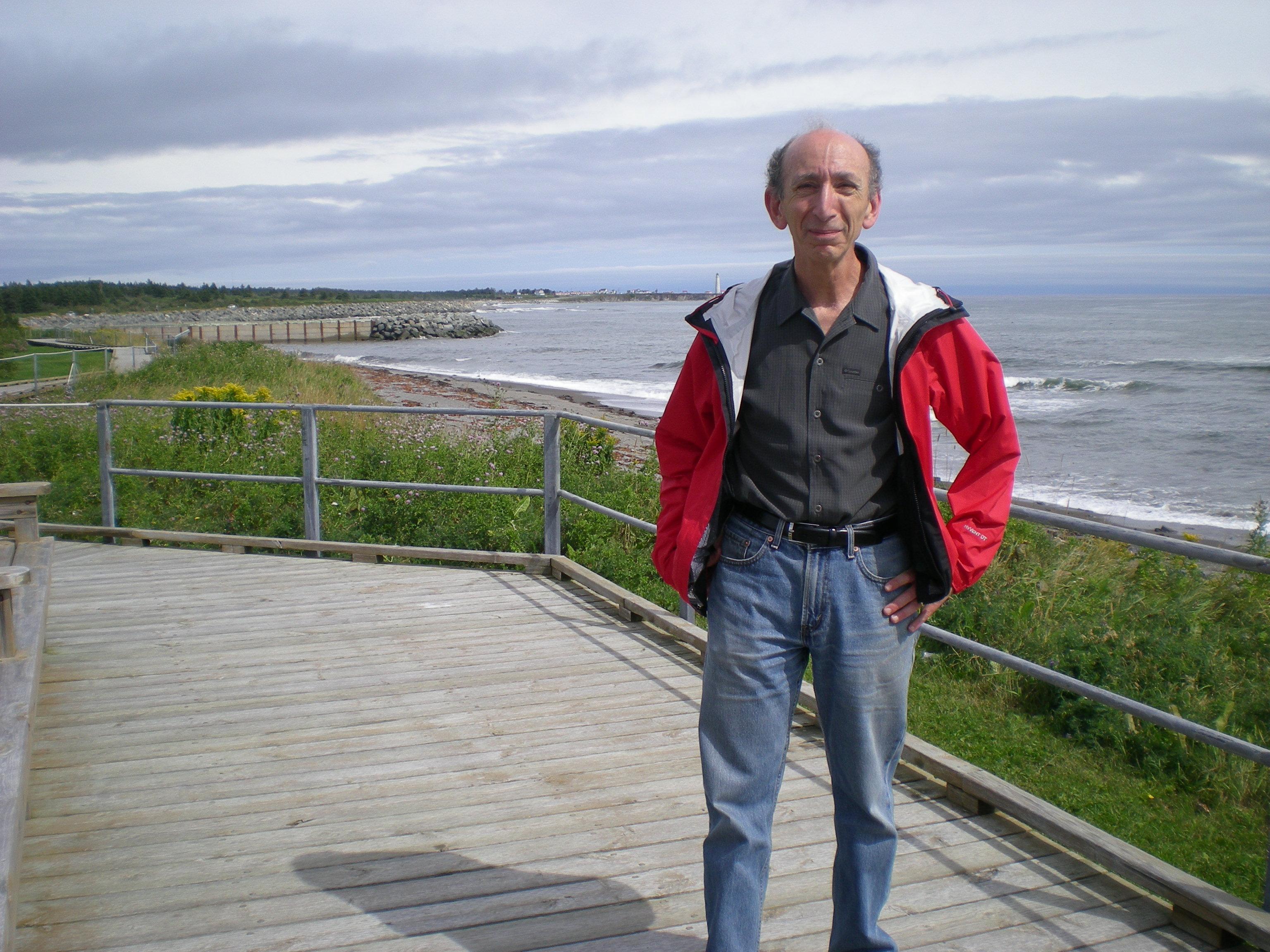 Ronald Rudin, author of eight books and numerous articles and producer of eight documentary films, carries out research that touches upon Canadian cultural and environmental history, with a particular focus on Atlantic Canada and its Acadian population.

Professor Rudin's interests in cultural and environmental history are front and centre in his most recent book, Against the Tides: Reshaping Landscape and Community in Canada's Maritime Marshlands (UBC Press, 2021). The book explores the legacy of the federal government's large-scale project after World War II to reconstruct the dykes and aboiteaux that had long protected lands in both Nova Scotia and New Brunswick from the tides of the Bay of Fundy. This federal program (the Maritime Marshland Rehabilitation Administration) led to environmental and cultural changes that are still evident in the early twenty-first century. This book is accompanied by the film Unnatural Landscapes that Rudin produced and Bernar Hébert directed.

This focus on the cultural and environmental history of Atlantic Canada also underpins Professor Rudin's current research project whose jumping off point is the 1959 Escuminac Disaster that saw the decimation of the drift-net fishing fleet that was struck by a freak hurricane while harvesting Atlantic salmon in the Gulf of St-Lawrence, just beyond Miramichi Bay, on the east coast of New Brunswick. The project explores how the community survived following the loss of 35 men, looking both at the role of private philanthropy and the increasingly interventionist provincial government. Secondly, the project considers drift-net fishing from an environmental perspective, exploring the conflict between recreational fishers upstream on the Miramichi and the drift-net fishers in the Bay. Ultimately, the lobbying of the anglers -- together with mounting evidence that industrial fishing was decimating salmon stocks -- led to a temporary ban on commercial salmon fishing in 1972, that became permanent in the 1980s Finally, the project examines the place of English-speakers and Acadians in the communities that were involved in the salmon fisheries, but which lived apart from one another.

More broadly, Professor Rudin has long had an interest in how the public comes to understand the past, which has drawn him to study the power of commemorative events.  His book, Remembering and Forgetting in Acadie: A Historian's Journey through Public Memory (University of Toronto Press, 2009) and the associated website (rememberingacadie.concordia.ca) continue this interest in the connections between history and the larger public.  Winner of both the 2010 book award of the National Council of Public History and the inaugural Public History prize of the Canadian Historical Association (2011), the book focuses on a series of Acadian commemorative events that took place in 2004-05, a subject that he has also presented in the documentary film Life After Île Ste-Croix, made in conjunction with Leo Aristimuño and distributed by the National Film Board of Canada. He is also the producer of Remembering a Memory/Mémoire d'un souvenir (2010), a documentary film that deals with the Celtic Cross on Grosse-Île, exploring how memories of the past — stretching back to the Irish potato famine of the 1840s — have shifted over the past century. This project was carried out in collaboration with Robert McMahon of the Royal Ontario Museum.

Professor Rudin has also served as director of the Lost Stories Project, which takes little known stories about the Canadian past, transforms them into public art, and then documents the process by way of documentary film. The project's five films -- that Rudin produced --  are available in English, French and (in one case) ASL at http://loststories.ca.

Rudin was the Academic Convenor for the Congress of the Humanities and Social Sciences held at Concordia in 2010. A fellow of the Royal Society of Canada, he has held a fellowship to support his research from the Pierre Elliott Trudeau Foundation.

"The First French-Canadian National Parks: Kouchibouguac and Forillon in History and Memory," Journal of the Canadian Historical Association, 22, no 1 (2011), 160-200.

"Making Kouchibouguac: Acadians, the Creation of a National Park, and the Politics of Documentary Film during the 1970s," Acadiensis, Vol XXXIX, no. 2, Summer/Fall 2010, 3-22.

"Revisionism and the Search for a Normal Society: A Critique of Recent Historical Writing in Quebec," Canadian Historical Review, 53 (1992), 31 pages.

Kouchibouguac: Representations of a Park in Acadian Popular Culture," in Claire Campbell, ed., A Century of Parks Canada (University of Calgary Press, 2011), pp 205-33.

"The Discovery of the Body of Mgr François de Laval and the Construction of Identity in Quebec," in Jean-Pierre Wallot, ed, Constructions identitaires et pratiques sociales (Ottawa: University of Ottawa Press, 2002), pp. 229-242.

Lost Stories/ Histoires retrouvées: http://loststories.ca. The Lost Stories Project collects stories from the Canadian public, transforms them into public art, and documents the process by way of short documentary films. The site features the project's five episodes, with versions of the films in English, French, and (in one case) ASL. Launched July 2015.

National Council on Public History, 2010 Book Award for Remembering and Forgetting in Acadie: A Historian's Journey through Public Memory.

Fellow, Royal Society of Canada, since 2009.